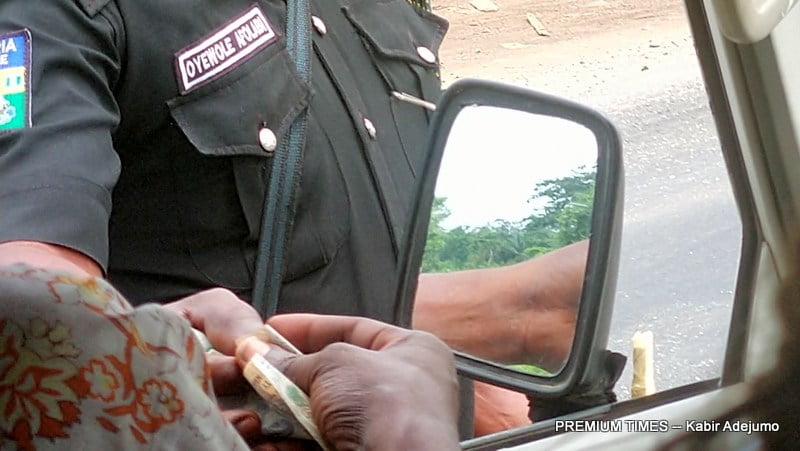 The Ghanaian Inspector-General of Police (IGP), James Oppong-Branch, has given reasons why policemen collect bribes from citizens.

Speaking during a radio programme, Ekosii Sen, on Asempa FM on Tuesday, Oppong-Boanuh said the willingness of civilians to offer policemen bribes is responsible for the unprofessional conduct of officers.

According to the IGP, drivers offer bribes to entice policemen and to avoid prosecution after breaking the law.

He said if citizens stop offering bribes to policemen, officers won’t be inclined to request them.

“If we all decide not to pay bribes and agree to go to court, no police officer can force his hand into your pocket,” he said.

Naija News reports that bribe-taking and extortion have been closely associated with the Nigeria police over the years, with the Special Anti-Robbery Squad (SARS) often accused of milking Nigerians of their hard-earned cash.