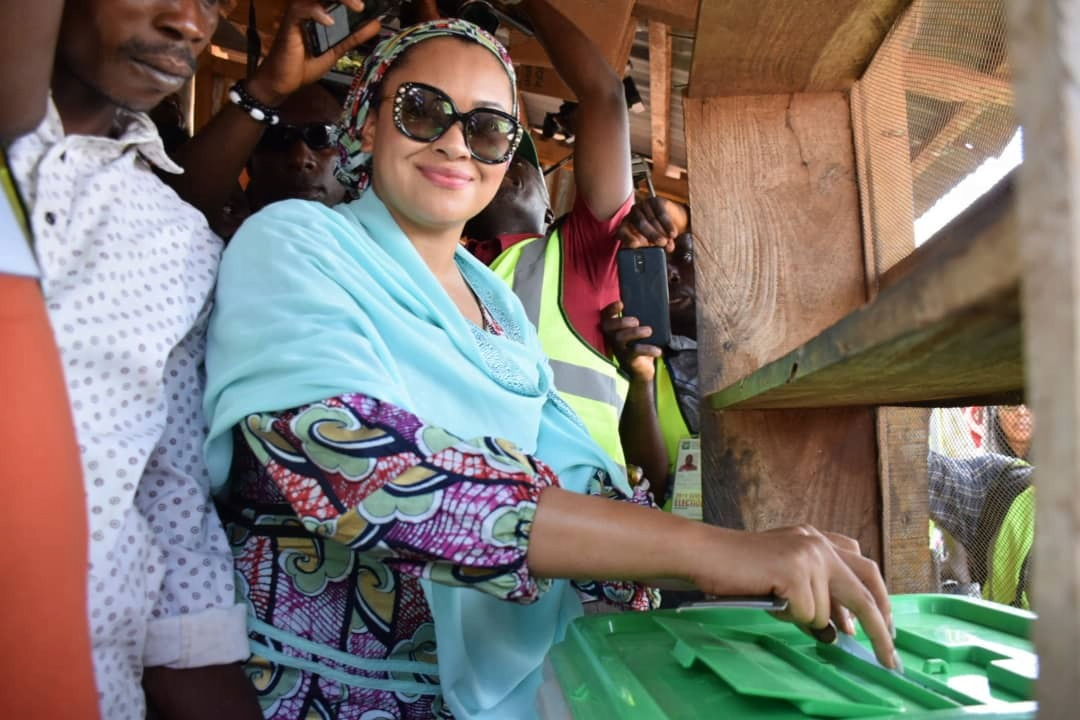 The 2019 governorship candidate of the Social Democratic Party (SDP) in Kogi State, Natasha Akpoti has challenged President Muhammadu Buhari to take a fresh look into circumstances surrounding the outcome of the November 16 election in the state.

Specifically, Akpoti urged President Buhari to investigate the cases of violence during the Kogi governorship election.

She urged the President to order the Police to look into allegations that Yahaya Bello, governor of the state and candidate of the All Progressives Congress (APC) during the election, ordered her assassination.

She spoke on Monday via her official Twitter page where she wrote: “Dear Buhari, thanks for ordering an investigation into the murder of the PDP woman leader Mrs. Abuh by APC Kogi chapter thugs. Please instruct the Nigeria police to investigate the attack on me by Yahaya Bello/ APC Kogi thugs at the INEC’s event in Kogi”.

Dear @MBuhari , thanks for ordering an investigation into the murder of the PDP woman leader Mrs. Abuh by @OfficialAPCNg Kogi chapter thugs.

This online medium further reports some suspects have been arrested by the Police in connection with the gruesome murder of the PDP chieftain in Kogi State.