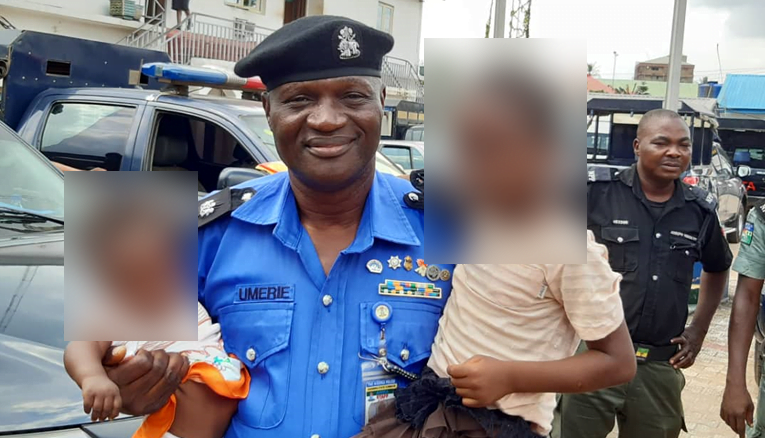 Two kids allegedly stolen by two women in Anambra State were rescued by the state police command, on Monday.

The police while handing over the children to their parents at the command’s headquarters in Amawbia on Monday, warned parents to be aware of the whereabouts of their children.

The development was confirmed by the spokesperson of the command, Haruna Mohammed.

Mohammed further stated that two women from Enugu and Imo states, who allegedly stole the children, have been arrested.

“Preliminary investigation by police detectives attached to the Otoucha Division revealed that the two children were stolen from Enugwu Aguleri in the Anambra East LGA by one Ani Chisom, 28, of Amuri in the Nkanu-East LGA of Enugu State, and Afamefuna Udodili, 32, of Orodo in the Mbaitolu LGA of Imo State.”

“Following the public announcement by the command, the parents of the two kids from Enugwu Aguleri came and identified their children. They also revealed their names as Confidence, 5, and seven-month-old Blessing.”

“The children have since been reunited with their parents and the case is under investigation after which the suspects will be charged.”

He charged members of the public to report any suspicious person to the nearest police station or call the emergency police number.