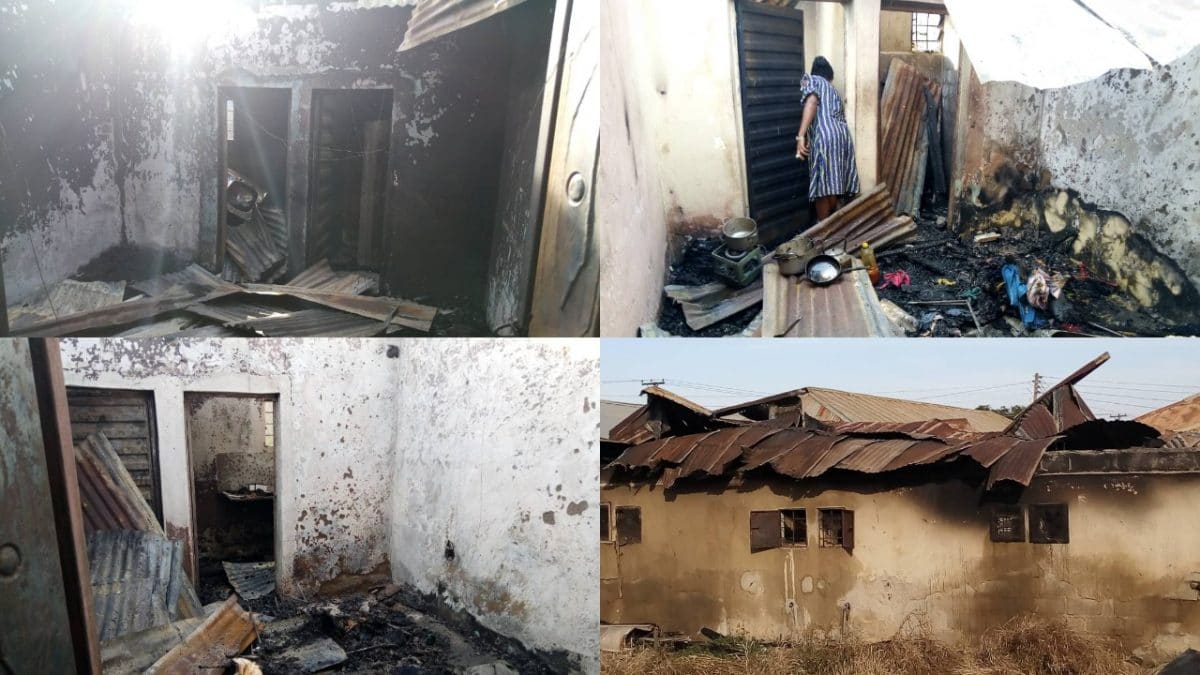 It was a sad Sunday afternoon for the student community of the Federal Polytechnic, Bauchi when a fire ravaged buildings of some students and journalists at Gwallameji students village.

An eyewitness said the fire started around 1:30 pm in one of the rooms at Tinubu lodge before spreading to other rooms.

It was gathered that occupants and sympathizers tried their best to put the fire under control but their efforts proved abortive.

According to an occupant of the lodge, David Adenuga a Journalist with the Nation Newspapers said while narrating the incident that it was like a dream to him and he has lost all his belongings to the fire.

He said further that there was no power supply at the time and the cause of the outbreak is still unknown to them. He said the fire affected nine rooms while the fire service helped to put out the fire from spreading to other blocks.

According to a female who was affected by the fire, she does not know where to start, what to do or where to go as the fire burnt all her certificates and valuables to ashes.

Another victim, a Journalist with the News Agency of Nigeria NAN, Saheed Ola, said that his gadgets and other valuables went with the fire but gave thanks to God for his life.