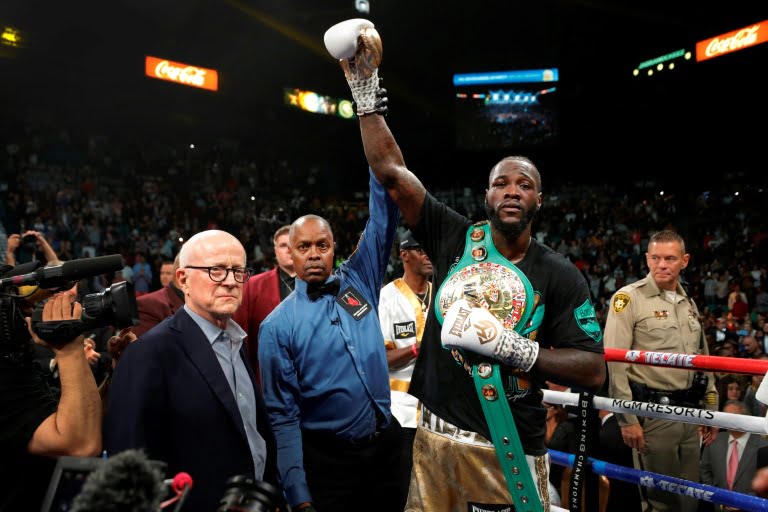 Deontay Wilder of the United States retained his WBC heavyweight title, beating Cuba’s Luis Ortiz in the seventh round, to whom he had awarded revenge after a memorable debut on Saturday in Las Vegas.

Twenty months after being scared off Ortiz, who had made him falter at the seventh round of their first clash before finally succumbing to the 10th, Wilder chose the same seventh round to end his opponent, who had yet dominated the first part of the fight.

One blow, a direct right – his weapon of mass destruction so dreaded by his opponents – was enough to land “King Kong”, who had spent a surprisingly quiet evening, leading the debates as he pleased and reaching even to place violent left hooks.

Wilder, 34, now has 42 wins, including 41 by KO, and a draw conceded against the British Tyson Fury, who he will fight in a second showdown on February 22. This next meeting will also give the American an opportunity to put things “in the fist” against the “Gypsy King” as he just faced Ortiz.

For the latter, who dreamed of becoming at the age of 40 the first Cuban boxer world heavyweight champion, the window of opportunity seems to have to close, with this second defeat in 35 fights (31 wins, 2 draws).