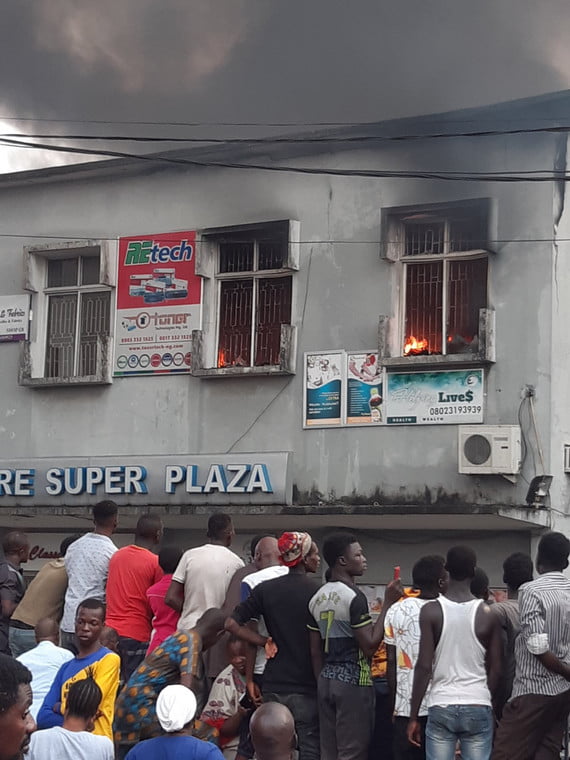 Akerele Shopping Mall in Surulere, Lagos state has been gutted by fire .

Naija News understands that the plaza which was formerly a super cinema, comprised of many shops, churches, textiles and fabrics, Bureau de Change and gift gallery, among others, got up in flames barely one week after a similar incident occurred near Tejuosho market in the state.

A witness who was at the scene reports that many of the shop owners were seen packing out their goods, including, furniture, to reduce their losses.

Speaking at the scene of the inferno, Dr Oke-Osanyintolu, Director General of Lagos Emergency Management Agency (LASEMA), revealed that investigation conducted on site indicated that the fire resulted from an electrical surge in one of the shops before escalating to other parts of the plaza.