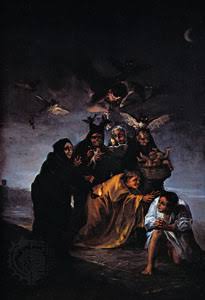 Since the news of a planned conference on Witcraft, set to hold on the 26th and 27th of November emerged, there has been a uproar; with many Nigerians including students, clamour for the halt of any plans been put towards the conference.

However, an interview with Mr. Chidi Ugwu, a lecturer who is one of those planning the conference, has revealed what the conference is about.

According to him, contrarily to insinuations, the event has nothing to do with actual “ witchcraft”

He said the conference is strictly an academic exercise and is being organised to interrogate what people associate with witchcraft.

“If you have heard that we are calling for a meeting of witches and wizards in UNN, that is not true,” he told newsmen

“We are not calling a conference for people to die and go to the spirit world to know whether there are witches or not.”

The keynote speaker at the conference is the  former vice-chancellor of Benue State University, David Ker, while P. J. Ezeh and Damian Opata, two professors at the university, will present the leader paper.