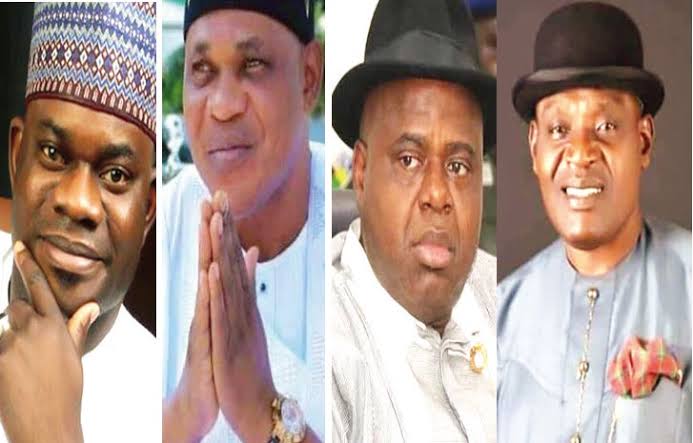 The United States (US), the United Kingdom (UK) and the European Union (EU) have condemned the widespread violence recorded during the Bayelsa and Kogi governorship elections.

The elections were, however, marred by violence across various polling units in the two states.

Apparently displeased with the conduct of the election, the international community issued a joint statement on Saturday where The Diplomatic Watch, which comprises Austria, the European Union Delegation, Germany, Ireland, the Netherlands, the United Kingdom and the United States deployed teams to monitor the two states raised the alarm over the reports of widespread of violence and intimidation, some of which were witnessed by their teams in Kogi, north-central Nigeria.

The statement reads in parts: "There are reports of fatalities and people missing, including INEC staff. Our thoughts are with all victims and their families," the countries said.

"We encourage all stakeholders, in particular political leaders, to call for calm and we encourage security agencies to investigate thoroughly and bring perpetrators to justice.

"We are also concerned by evident vote buying and credible reports of ballot box snatching in both Bayelsa and Kogi.

"We commend the commitment and resilience of voters in both states who came out to exercise their democratic rights.

"We express our sympathy for those affected by the violence, including ordinary voters; INEC officials; members of the NYSC; civil society; and the media.

"All should be able to carry out their fundamental role in the democratic process free from intimidation and harassment. As long-standing friends, we have been present at every major election in Nigeria since 1999.

"We remain committed to working impartially with Nigerian authorities, INEC in particular, as well as civil society to consolidate and deepen democracy."