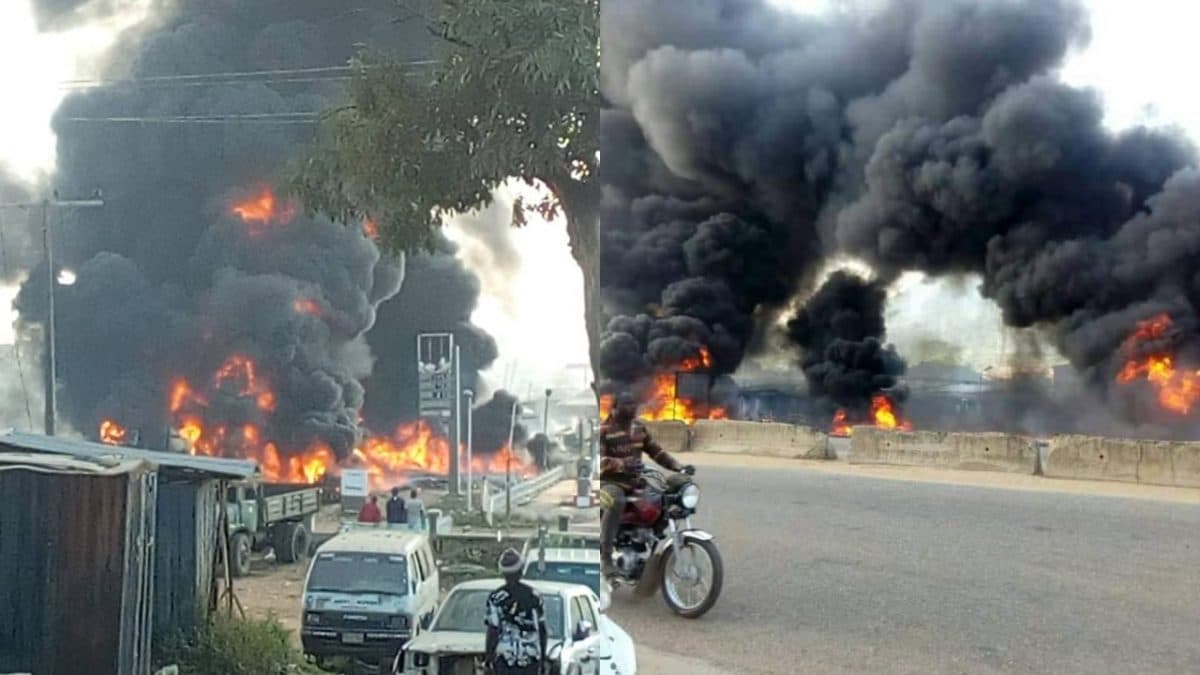 The Felele environs in Lokoja Local Government was thrown into mourning after no fewer than five people were reported dead following an accident which involved a petrol tanker and other vehicles.

The accident which occurred along Lokoja-Okene-Abuja Highway in the early hours of Monday saw many vehicles including Keke Napeps being burnt to ashes as a result of the resulting fire.

An eyewitness revealed that the petrol-landing truck lost control as the vehicle was descending at an NNPC filling station when the brake of the truck failed.

A further report revealed that vehicles and Keke Napepe were destroyed by the tanker and the content in the tanker got spilt which led to fire outbreak.

The Federal Road Safety Corps were spotted trying to evacuate those that died while the injured victims have been rushed to the hospital in Lokoja.

The incident led to the closure of most filling stations within the vicinity as men of the Fire Service rushed to the scene to put out the fire while others were stationed to prevent the spread of the fire to other filling stations.

Just In: Buhari In Closed-door Meeting With Oshiomhole, APC Govs, Others