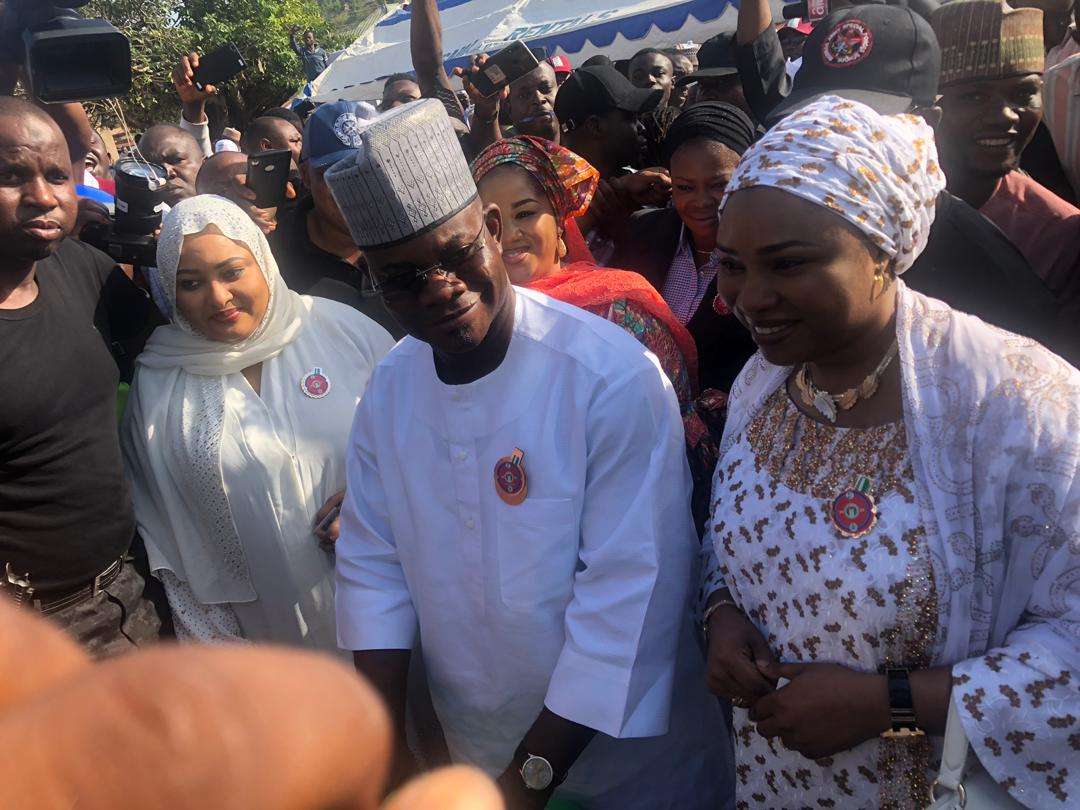 Bello Speaks After Casting His Vote

Governor Yahaya Bello who is also the candidate of the All Progressives Congress (APC) in the Kogi State gubernatorial election has cast his vote.

As earlier reported by Naija News, Gov. Bello cast his vote around 8:45am on Saturday alongside his wife Hajia Amina Bello at Agasa ward 1.

Addressing newsmen shortly after voting, Governor Bello was full of praises for the organizational ability of the Independent National Electoral Commission (INEC).

He commended INEC for ensuring the card readers are functioning properly unlike during the presidential election when he noted the card reader failed in his polling unit.

Speaking on the possible outcome of the election, the Governor expressed confidence that the polls will continue peacefully.

He further expressed confidence that the All Progressive Congress (APC) will definitely win the Saturday Governorship election and the Kogi west senatorial rerun election.