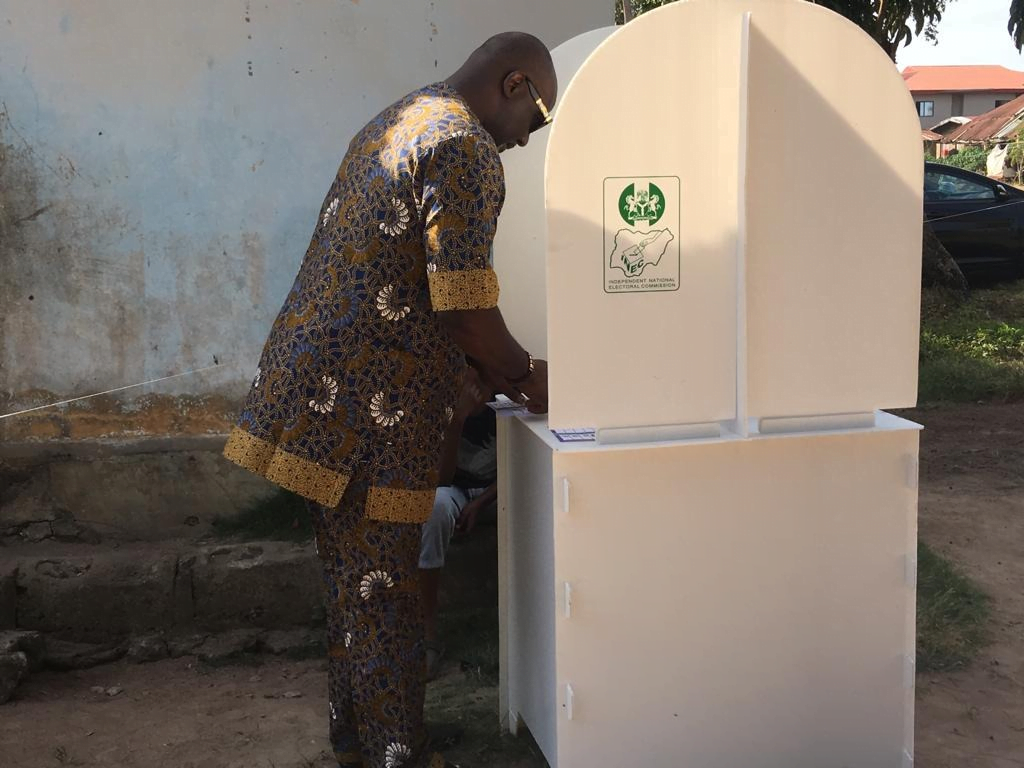 Senator Dino Melaye on Saturday, November 16, cast his vote in the on-going elections in Kogi State.

Naija News reports he cast his vote at the polling unit 004, Ayetoro Gbede 1, Ijumu local government area of the state.

Until an appeal court judgement which ordered a rerun, Dino Melaye, was the Senator representing Kogi west senatorial district in the upper chamber of the National Assembly.

Apparently displeased with the outcome of the election Adeyemi approached the tribunal.

On Friday, October 11, the Appeal Court maintained the judgment of the tribunal and ordered a fresh election within 90 days in the Kogi West Senatorial district.