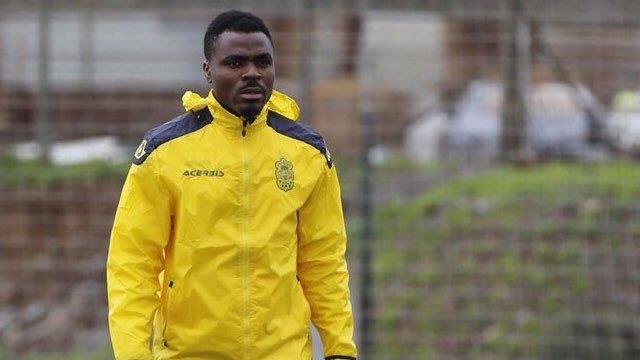 Former Super Eagles striker Emmanuel Emenike has been sacked by Belgian First Division B club, Westerlo, two months after he joined the club as a free agent.

Naija News reports that Emenike had joined the club with the ambition of helping them secure promotion back to the top-flight.

In a statement by Westerlo, the club said the former Fenerbeche and West Ham striker did not reach the expected level of performance.

The club disclosed that both parties mutually agreed to terminate his contract despite the contract expiring at the end of the season.

The statement read: “Emmanuel Emenike and KVC Westerlo have decided in mutual agreement to end their collaboration. Despite the many efforts made by both parties in the best understanding, the player could not be brought to the level that both parties had intended,” the statement read.

“In those circumstances, it was appropriate to end the agreement with a good feeling. KVC Westerlo wants to thank Emmanuel for choosing and trusting the club and the player wishes to thank the club for the opportunity he was granted.”