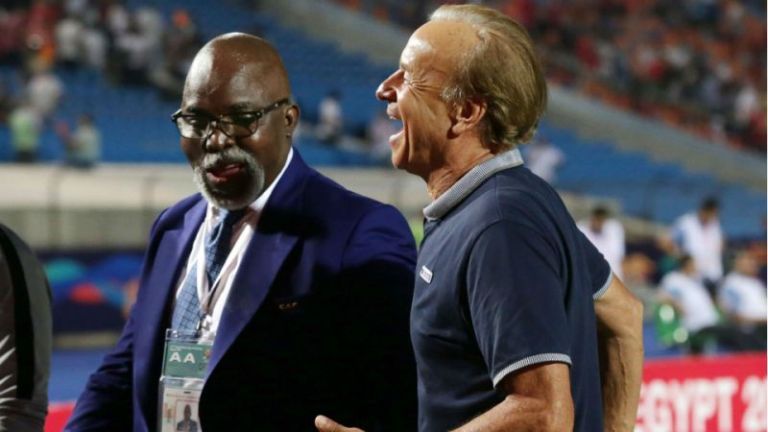 The Head Coach of the Super Eagles, Gernot Rohr has declared that his coaching decisions can not be influenced by Nigerian Football Federation President, Amaju Pinnick or NFF officials because he will only pick players on merit.

This comes after NFF President, Amaju Pinnick disclosed during an interview with Channels TV on Monday that the NFF is willing to offer Rohr a new deal when his contract expires in 2020 but a clause stating that Rohr must be involved in the Nigerian League and picking players from the league, will be inserted.

Naija News understands that only Enyimba defender Ifeanyi Anaemena from the Nigerian league made Rohr’s 23-man squad after replacing Bryan Idowu for the 2021 Africa Cup of Nations qualifying matches.

However, Rohr has stated that he will only select players based on merit, not because of a clause in his contract or the wishes of the NFF.