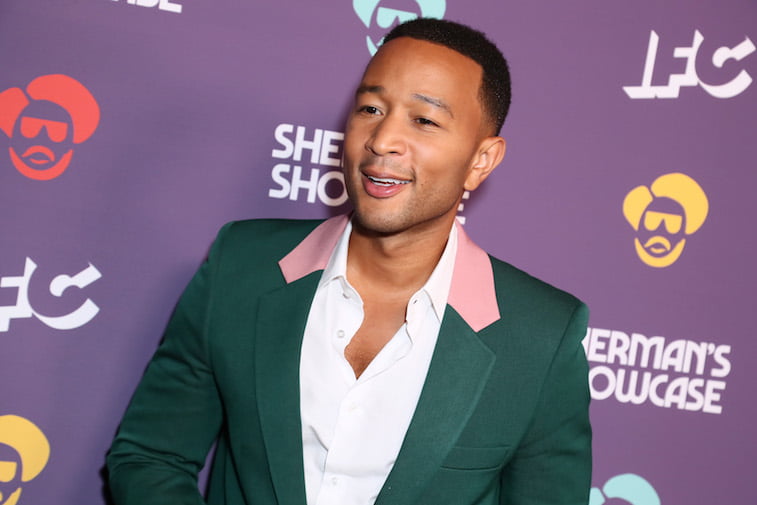 John Legend said he is both “scared” and “pleased” to have been named the sexiest man in the world by People magazine because people will look at him with some degree of urgency to see if he is worthy of holding such a title.

The performer of ‘All of Me’ was awarded the annual honorary title by the famous magazine, and said, with great humility, that it is “not fair” that he replaced the title holder of the previous year, who is none other than the star of ‘Luther’, actor Idris Elba, because he does not consider himself as “sexy” as the handsome 47-year-old actor, and added that holding such a title is synonymous with “a lot of pressure”.

The 40-year-old singer told People magazine: “I was happy [when I heard the news], but I was a little scared at the same time because it’s a lot of pressure.

“Everyone will take a closer look at me to see if I’m sexy enough to deserve this title. I succeed Idris Elba, which is not fair to me. ”

Moreover, the performer of ‘Ordinary People’ said he is “proud” of his success, which allowed him to win an Emmy award, a Grammy award, an Oscar, and a Tony award – and to have a woman like the beautiful Chrissy Teigen and two children, Luna, three, and Miles, 17 months, with whom he is “accomplice”.

He said, “I am so proud to have a woman I love and two children with whom I am so accomplice.

“I am also very proud of my career.

“I love writing songs and performing on stage.

His wife Chrissy reacted with great humour to the announcement of the news on Twitter, she said: “My secret has finally been disclosed. I realized my dream of b *** er with the sexiest man in the world is not it @people an honour!!! ”

Last February, John declared that he too would like to be crowned the sexiest man in the world after discovering that his colleagues from ‘The Voice’ [Blake Shelton and Adam Levine] had both been honoured. Well, it’s done!