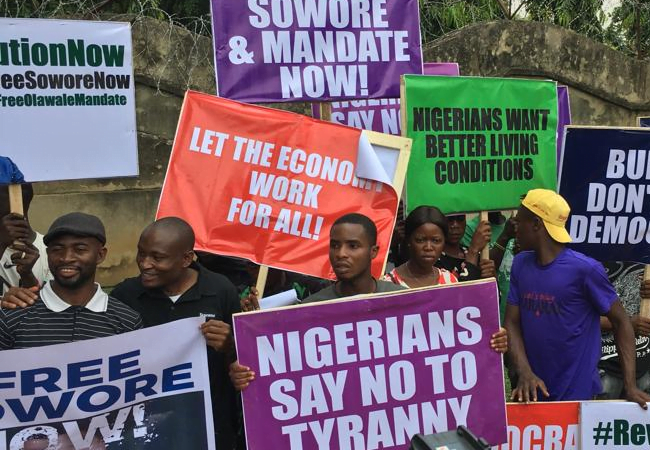 The convener of the Concerned Nigerians, Deji Adeyanju, on Tuesday, noted that some government sympathizers offered the group N1m not hold the protest against the continued detention of Omoyele Sowore.

Adeyanju stated this during the ongoing protest a few miles away from the DSS Headquarters at Aso Drive in Abuja, the country’s capital.

“We will not compromise, if those who gave us the money don’t come and collect it back today, we will give it to Femi Falana SAN to defray Sowore’s legal costs.”

The protesters are currently conducting their protest peacefully with security operatives monitoring the process.

Recall that human rights activist, Femi Falana, revealed a few days ago that the convener of the ‘Revolution Now’ movement met his bail condition and will be released, though the DSS has failed to release the Sahara Reporters publisher having claimed that nobody has come for his release.