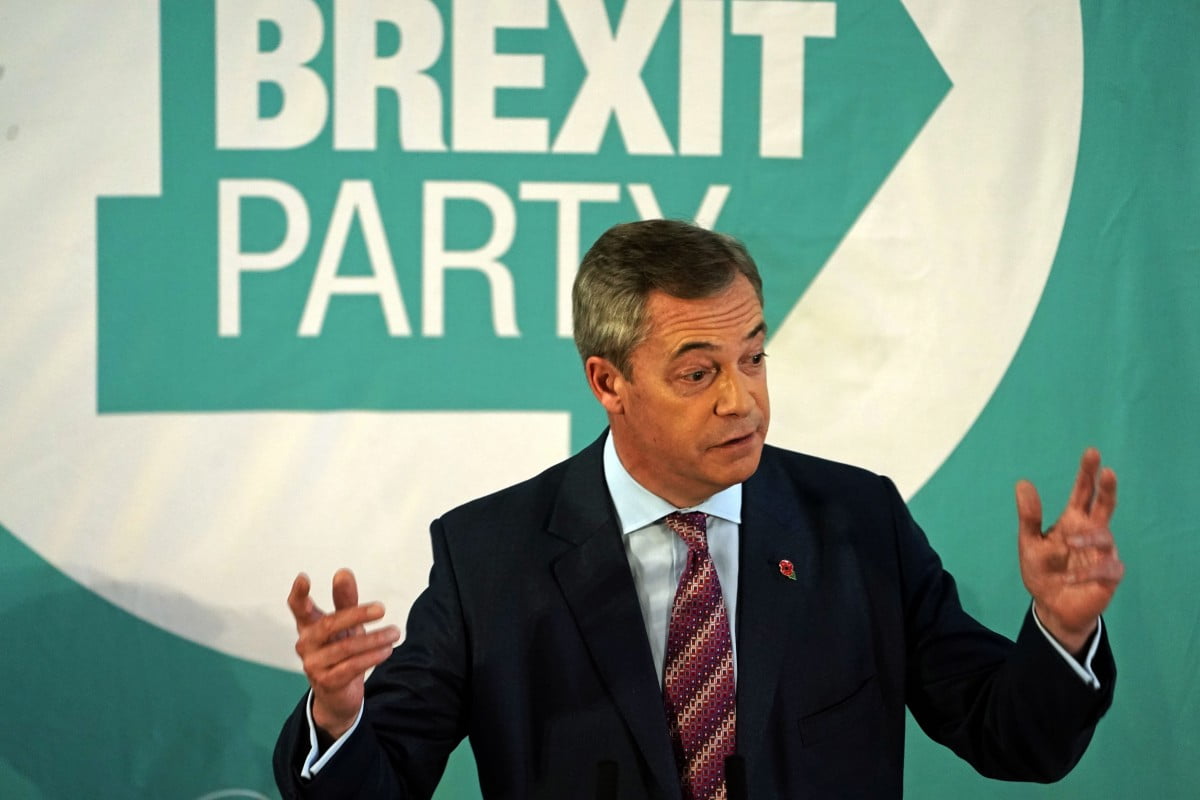 Brexit Party leader Nigel Farage has revealed the intention of its party not to run in 317 Conservative-held seats.

The move which dramatically gives a boost to the Prime minister ’s ruling Conservatives party in the upcoming election by December 12.

According to Farage, the party has “unilaterally” formed a leave alliance to prevent a coalition of parties that want to stay in the European Union from winning.

We are putting country before party. pic.twitter.com/O2MUynSqWH

Naija News understands that Farage decision is somewhat connected to the call by some political bigwig at avoiding a second Brexit referendum and a bid to prevent opponents of Brexit controlling the next parliament.

Meanwhile, the British Prime Minister, Boris Johnson has welcomed the Brexit Party’s decision not to contest any of the 317 seats won by the Conservatives in 2017.

“I’m glad that there is a recognition that there is only one way to get Brexit done and that is to vote for the Conservatives,” Mr Johnson said.

Mr Farage said he decided to stand down more than half of his party’s 600 candidates because he feared that, by splitting the Leave vote in the south of England, they could help to elect dozens of Liberal Democrat MPs who would vote for a second referendum.