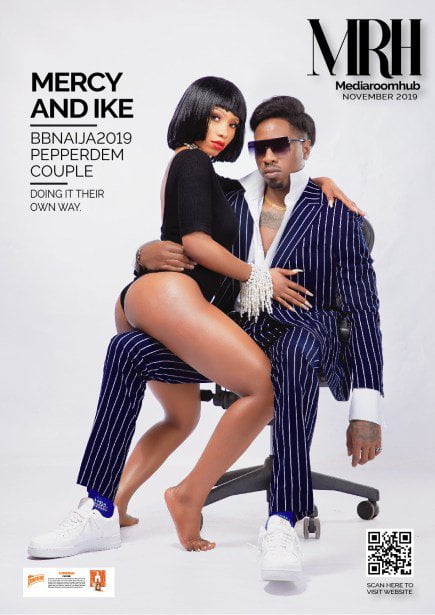 Two former housemates from the just concluded Big Brother Naija 2019 reality TV show have had their photos grace the November edition of a magazine.

The front page of the Media Room Hub magazine has the sultry picture of Mercy and Ike, two housemates who were lovers in the house.

The magazine cover photos has Mercy sitting on Ike’s laps but with her buttocks in full public glare.

Fans and followers alike have been reacting since the pictures hit the internet. 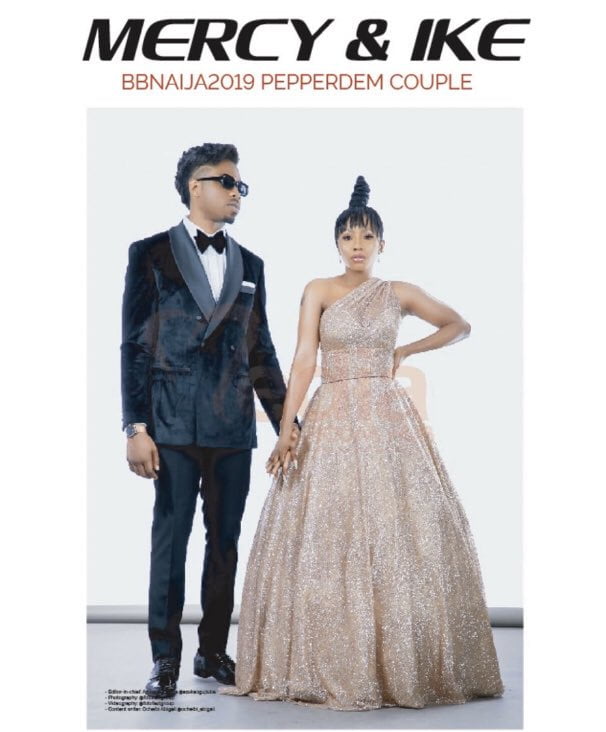