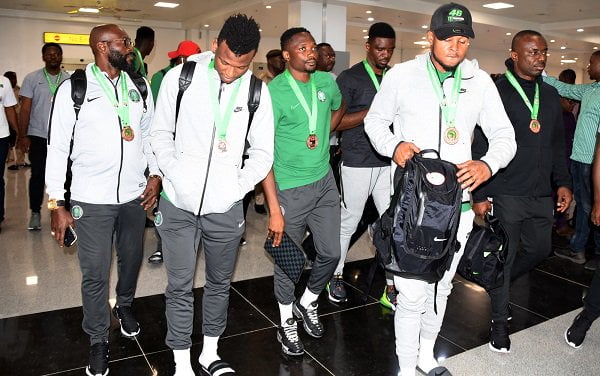 The Super Eagles of Nigeria will on Sunday open its camp ahead of their 2021 Africa Cup of Nations qualifier against Benin Republic on November 13.

According to SportingLife, the 23 invited players will fly to Uyo, the Akwa Ibom capital to commence preparations for the encounter.

The game against Benin is scheduled for the Godswill Akpabio International Stadium in Akwa Ibom State.

The team will lodge at the Le Meridien Hotel.

Head coach, Gernot Rohr, who has been in Egypt to offer technical support to the U-23 National Team coaches, is expected back to the country today, Saturday.

Super Eagles squad to take on Benin and Lesotho: