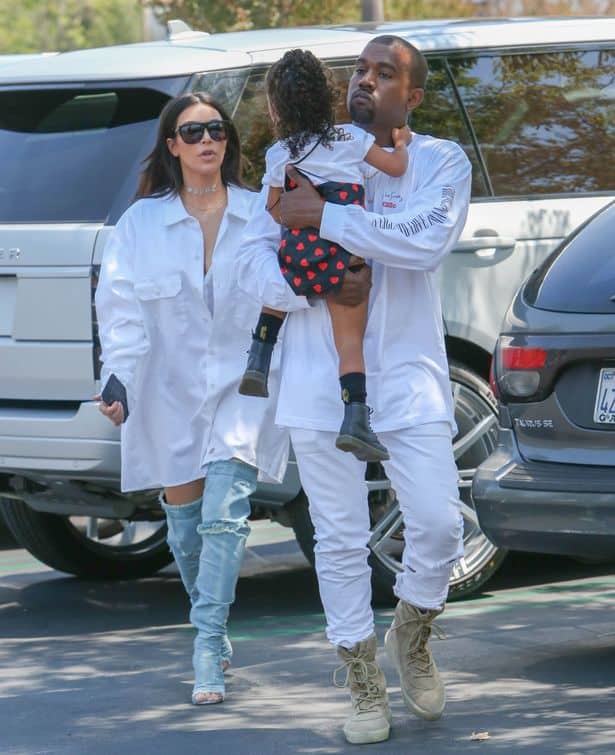 Media personality, Kim Kardashian has admitted she is not totally comfortable with the religious transformation her husband, Kanye West is currently going through.

Kardashian who confessed that she engaged in an altercation with her musician-husband, revealed that Kanye has removed the television from their children’s room and also banned North West from using makeup.

Kim Kardashian appeared with her sisters Kourtney and Khloe on The Real Show.

She revealed that she and her 42-year-old husband have had ‘fights’ over his religious journey.

When asked if she supports the rapper’s new spiritual life journey. She replied: ‘I do think that you know, he is my husband.

‘So, I obviously want to honour him and what he’s feeling. And he’s been going through this life change, and it’s mostly about the kids.’

The couple have four children together.