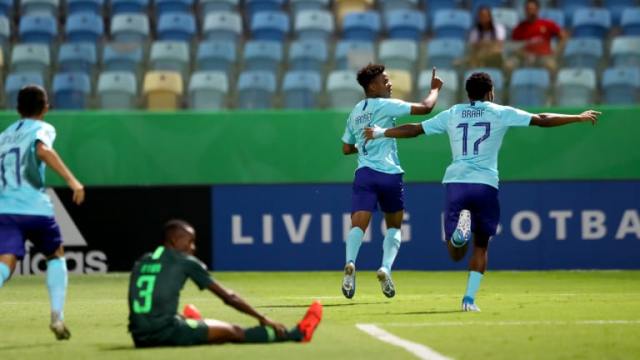 The Golden Eaglets who came tops in Group B were beaten 3-1 by one of the best third-placed teams from the group stage Netherlands.

They had lost their last group match 2-1 against the Joeys of Australia and were sent packing from the competition by the Europeans.

Manu Garba was part of the Golden Eaglets coaching crew that won the age-grade tournament twice in 2013 and 2015.

He was criticized for not using the players that defeated Hungary and Ecuador respectively in the opening two matches against the Netherlands.