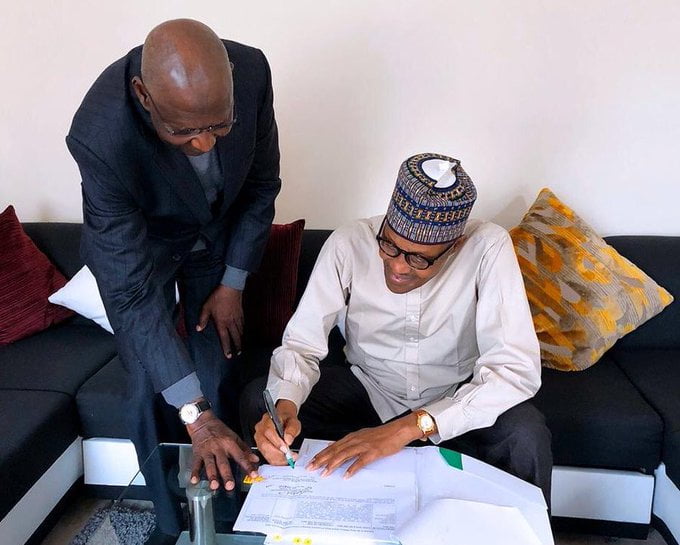 Senator Babajide Omoworare, the Senior Special Assistant to the President on National Assembly Matters (Senate), on Wednesday claimed that President Muhammadu Buhari did not undermine the office of the Vice President, Yemi Osinbajo, by travelling out of Nigeria without forwarding a letter that would all him act to the National Assembly.

The Senator while speaking with newsmen in Abuja alongside his colleague in the House of Representative, Umar El-Yakub, stated that the President can perform his obligation from anywhere in the world.

He said, “Contrary to the claims by some individuals and groups, The President has not in any way undermine or relegate the office of the Vice President. He has no reason to do so.”

“I don’t think there is any way or manner that the office of the Vice President has been relegated.”

He stated that the only time the action of the President could be questioned is when the President is ill and is unable to communicate with the National Assembly.

He pointed to the time when the late President Umaru Musa Yar’Adua, was ill and was unable to transmit any letter to the National Assembly.

Omoworare stated that the National Assembly had to work around the situation by ensuring that the executive powers are passed to the vice president.

He said the situation now was different from the Yar’Adua case and that Buhari had not done anything wrong by not transferring executive powers to his deputy before embarking on his foreign trips.