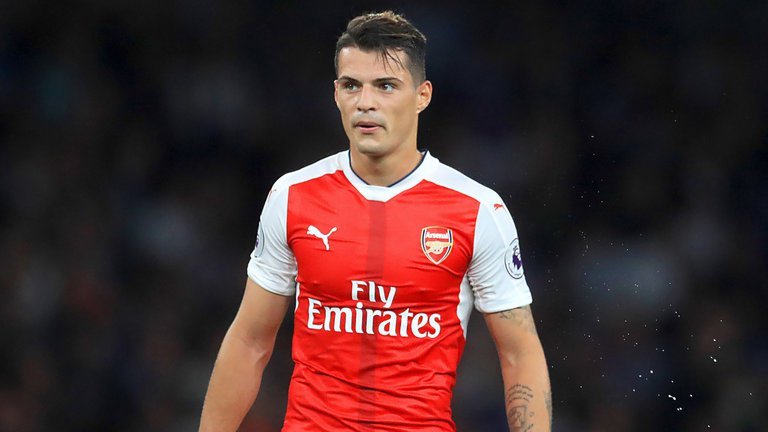 Arsenal defender, Hector Bellerin, has revealed that the players of the club respect Unai Emery’s decision to strip Granit Xhaka of the captaincy.

Naija News recalls the North London side manager stripped Granit Xhaka of the captain band following his disagreement with Arsenal fans at the Emirates.

There had been speculations that players will revolt against Emery’s decision.

Xhaka reacted badly to fans booing him at the Emirates during the draw with Crystal Palace and responded by cupping his ears, telling them to f**k off and thereafter removed his shirt and storming off down the tunnel.

“Sometimes it’s hard to deal with like feelings, he made a mistake but as a dressing room, we have to be together.”

“These things happen and that’s it. We back him. He is playing his part now. We respect the players, we respect the decision of the coach and the club.”

“For us, it’s just to give him our love and care. He’s one of us so we’re just helping him get through it.”