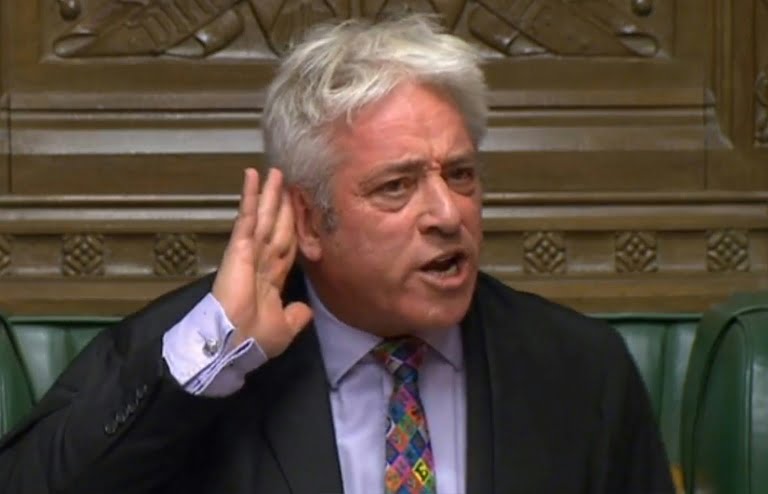 British MPs vote on Monday to nominate the new Speaker of the House of Commons who will replace the truculent John Bercow whose noisy “Ordeeer!” have sounded ten years in Parliament.

Eight candidates, four men and four women, are in the running to succeed him.

Labor MP Lindsay Hoyle is a favourite. The 62-year-old from northwestern England has been John Bercow’s first assistant since 2010.

In an interview with The Sunday Times on Sunday, Hoyle said he wanted to appease the often-electric atmosphere of the House of Commons, especially during Brexit debates.

He is the owner of a domestic parrot named Boris in a nod to the Conservative Prime Minister, whom he has already learned to shout “Ordeeer!”.

Opposite him, 69-year-old Harriet Harman also enjoys the favour of bookmakers. The former Secretary of State for Justice also wants to calm the spirits: “We must listen to each other rather than shout at us,” she pleaded in the Sunday Times.

Candidates for the position must submit their applications before 10:30 GMT Monday. These must be signed by at least twelve deputies, at least three of whom must come from different parties than their own, the role of the Speaker of the House requiring transpartisan support.

MEPs will meet at 1430 GMT and candidates will have five minutes each to convince their peers, who will then vote by secret ballot.

If a candidate wins with more than 50% of the votes, he wins. If this is not the case, the candidate with the least votes and all those who have less than 5% of the vote are eliminated and a second round is held, which may be followed by others until the designation of the winner.

The winner is then literally carried by two of his supporters to the Chair of the House, according to one of the sometimes surprising traditions of the British Parliament.

The election of a speaker takes place after each legislative election or after the resignation or retirement of the post holder.

With the departure of John Bercow, a small man with a stentor’s voice and often scathing aftershocks, a page turns in the House of Commons.

The conservative 56-year-old, who is fond of gaudy ties, set the date of his departure to October 31, the day the UK was supposed to leave the European Union – an exit finally postponed, for the third time, to January 31, 2020 .

Youngest incumbent, in his first election in June 2009, of this prestigious function, John Bercow has worked to dust it off, abandoning some elements of the traditional dress like the wig. In June 2017, he allowed members to sit without a tie.

He was however accused of partiality in the debates and tyranny towards his teams, which he refutes.