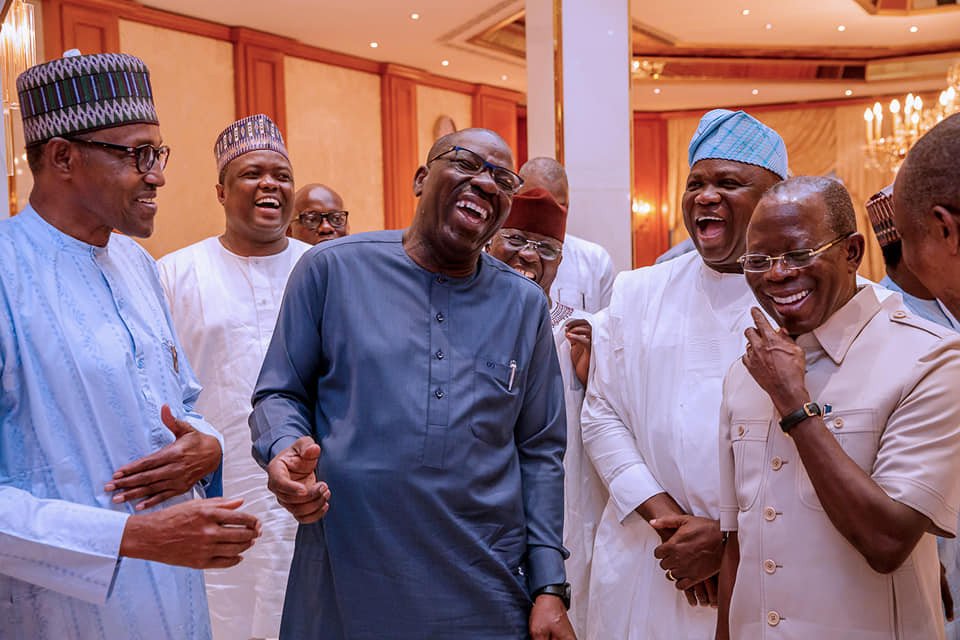 The Presidency on Sunday insisted that the ruling All Progressives Congress (APC) is capable of handling the crisis rocking the Edo State chapter.

Naija News reports that the rift between the National Chairman of the party, Adams Oshiomhole, and the Governor of Edo State, Godwin Obaseki, turned violent on Saturday.

Recall that before Saturday’s attacks, violence had broken out in Ivbaro, in the Owan East LGA of Edo State as thugs alleged to be from the state government invaded the meeting of the Edo Peoples Movement, holding in the residence of an APC chieftain, Ibrahim Bawa.

Several persons were injured and property worth millions of naira were also destroyed.

On Saturday, thugs attacked the convoy of Governor Obaseki, Deputy Governor Philip Shuaibu and the Oba of Lagos, Rilwan Akiolu at Iyamoh the country home of  Oshiomole.

The Pro-Chancellor of Edo University, Iyahmo, Prof. T.O.K Audu was also in the convoy.

It was gathered that the youths carried out the attack in retaliation to an alleged attack on Oshiomhole’s Benin City home.

The youths attacked the convoy after sighting the man alleged to have led the attack on Oshiomole home, Andrew Momodu.

It was gathered that the Oba of Lagos alongside Obaseki were on their way to honour a lunch invitation at Oshiomhole’s house when the youths descended on their convoy.

Responding to the Punch enquiries on Sunday, President Muhammadu Buhari’s spokesperson, Garba Shehu said: “Let them go and talk to the party.”

He also refused to respond when asked if it was necessary for President Buhari to intervene in the crisis.

However, a Presidency source said the president would not be personally involved in everything.

The source noted that there were organs responsible for performing certain duties.

“The President doesn’t have to be everywhere; he is not like some others; Buhari is different,” the source said.