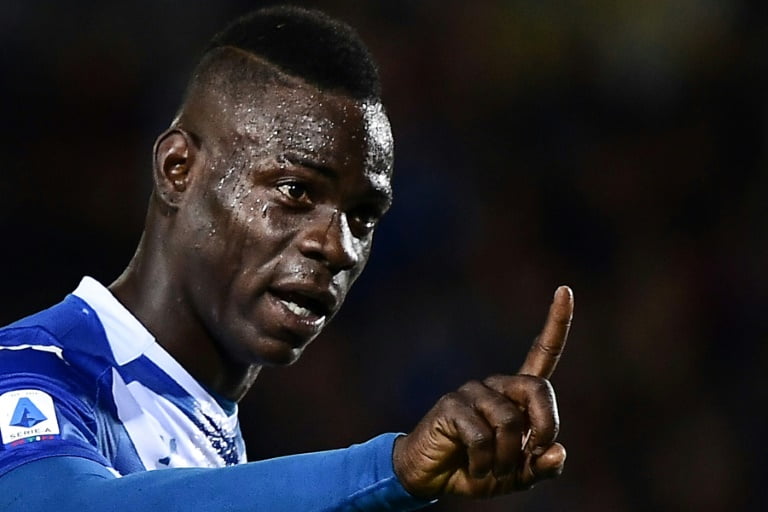 Already a victim of past racist incidents in Italy and France, Mario Balotelli was once again the target of cries of monkey Sunday in Verona, where he was close to leaving the field permanently.

The incident occurred shortly before the 60th minute of the match. After an action on the left side, the Brescia striker took the ball in hand and sent it violently to Hellas Verona fans.

Furious, he showed by gestures that he had heard something. He then went out of bounds and started to walk behind the goal from Verona, as if he wanted to abandon the match.

He was then surrounded by his teammates but also by many players in Verona, who tried to calm him down and hugged him.

The match was interrupted a few minutes before a message was read by the stadium announcer, indicating that the players would return to the locker room in case of a new incident of the same kind.

This message was whistled by a large number of spectators, but the match resumed, with Balotelli remaining on the pitch. The former Marseille striker even scored a superb goal late in the game, bringing the score 2-0 to 2-1.

n the evening, a video taken from the stands of the Bentegodi stadium began circulating on social networks. We clearly hear several supporters making cries of monkey in the direction of Balotelli.

According to the Gazzetta dello Sport, the player, already involved in racist incidents when he played at AC Milan or Nice, left the stadium without speaking. But several players on his team have confirmed they heard the screams.

“I have not spoken to Mario yet, he said he heard something, he was brave, he was emotionally touched but he continued to play despite the difficulty,” said coach Eugenio Corini.

His agent Mino Raiola also gave him his support in a reaction transmitted to Nigeria News and published on social networks: “We are with Mario and we are against all forms of racism. The racists are ignorant”.