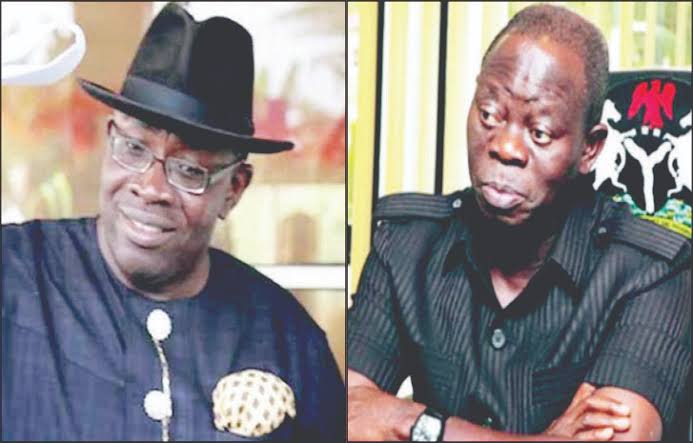 The APC made this known in a statement on Friday by its Deputy National Publicity Secretary, Yekini Nabena.

According to the APC, the fake PVCs are being produced in the Bayelsa State Government House in Yenagoa.

The party called on the Independent National Electoral Commission (INEC) and security agents to be vigilant and ensure that the alleged plan of the PDP to use the fake PVCs – codenamed ‘Biafra Cards’ – are frustrated.

The APC also urged voters to resist the desperate plots of Governor Dickson to foist the PDP governorship candidate on the state through rigging, vote-buying and violence.

The party asked President Muhammadu Buhari to deploy security agencies to the state to save Bayelsans.

Nabena said: “We are receiving real-time reports that the PDP, Governor Dickson and His Deputy Chief of Staff, Mrs Ebizi Brown are manufacturing fake Permanent Voters Cards (PVC) codenamed “Biafra Card” in the Government House. Some of the manufactured fake PVCs are at the residence of the Deputy Chief of Staff in Odoni Ward 8, Sagbama LGA.

“Don’t forget that during the 2019 Presidential and National Assembly election in Bayelsa State, only 22 smart card readers out of the 69 stolen by political thugs were retrieved by the Independent National Electoral Commission (INEC).

“The PDP and Governor Dickson are planning to configure the 47 smart card readers still in their possession with the fake PVCs which they are currently mass-producing. I call on our security and intelligence agencies to urgently carry out strategic raids to stop their illegal operations, retrieve the smart card readers and mop up the fake PVCs which they have codenamed ‘Biafra card’.

“We call on the President Muhammadu Buhari to urgently direct security agencies, anti-corruption agencies and other relevant agencies to come to the aid of Bayelsans.”