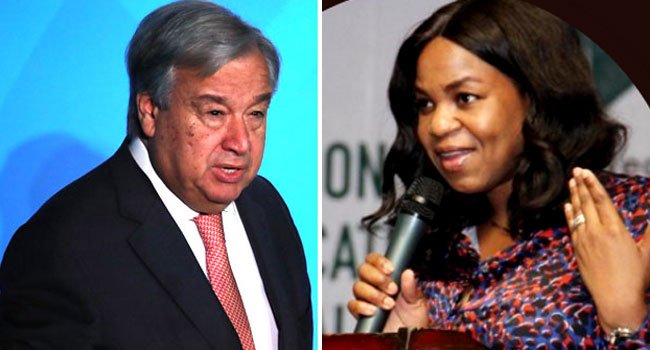 The former general manager of the Lagos State Electricity Board, Damilola Ogunbiyi, has been appointed as the United Nations Special Representative for Sustainable Energy for All.

Naija News understands that the Secretary-General of United Nations, Antonio Guterres, who made the announcement through his twitter handle also revealed that Ogunbiyi was also appointed as the Chief Executive Officer (CEO) of SEforALL.

Today, we're excited to announce Damilola Ogunbiyi has been appointed our new CEO and Special Representative of @UN SG @antonioguterres for Sustainable Energy for All.

Ms. Ogunbiyi succeeds Rachel Kyte of the United Kingdom as Special Representative, Co-Chair of United Nations-Energy, and CEO of SEforALL.

Ogunbiyi, prior to her appointment as MD of REA, was the general manager of the Lagos State Electricity Board, also the first woman to occupy the seat.