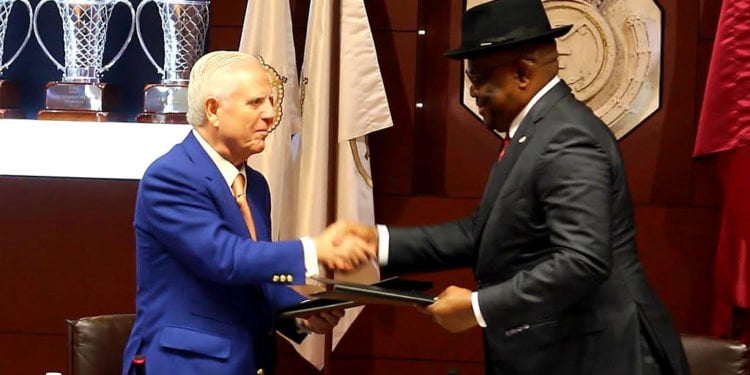 Rivers State Government and Real Madrid Football Club have signed a ratification agreement for the development of the state government’s Real Madrid Academy, Port Harcourt, into an international football academy.

Naija News understood that the agreement signing was done by Governor Nyesome Wike and the Executive Vice President of Real Madrid Football Club Foundation, Enrique Sanchez at the Presidency Reception Centre of the Santiago Bernabeu Stadium.

The state government unveiled the ultramodern football academy barely one month ago, on 21 September, in its bid to empower youths through football as well as to groom local talents to meet world standards.

The governor, in an address during the signing, said that Rivers State is preparing the Real Madrid Academy Port Harcourt as a veritable pathway for the empowerment of Rivers children.

Here are pictures of the ratification agreement below:

We have given our people the opportunity to use their skills and their potentials to become great Super Stars in the future.

These children will not only be trained to become superstar footballers, they will acquire basic education at the Academy. #rvsg #RealMadrid #sports pic.twitter.com/vwZqu2MPJ5