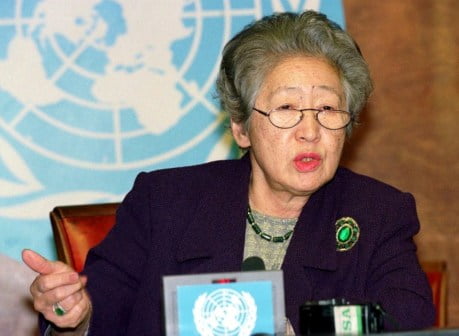 The first and only woman to have served as UN Chief for refugees, Sadako Ogata born in Tokyo in 1927 has been confirmed dead at age 92.

It was gathered that the Japanese Government officials said Ogata died on October 22 but decided to announce her death on Tuesday with the cause of her death remaining unknown to the public.

She served as UN High Commissioner for Refugees during 1900s which coincided with the genocide in Rwanda and ethnic conflicts in the former Yugoslavia.

He said further that her thinking in guaranteeing human security and emphasizing work in the field is even now the basis for the humanitarian aid effort both in Japan and overseas.