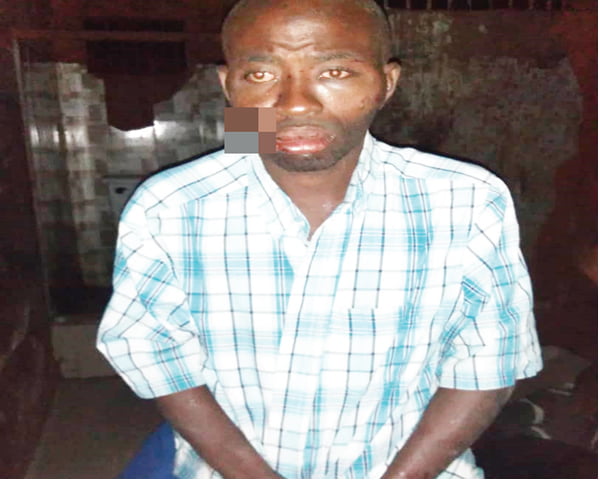 A man identified as Ayobami Isiaka has been arrested by the men of the Lagos State Police Command for allegedly killing his one-year-old baby, Nana, at Ijaye, in the Isheri area of the state.

The spokesperson of the command, Bala Elkana, in a statement on Sunday, stated that the father of the one-year-old girl during an argument with his wife forcefully took Nana from the mother and slammed her on the ground.

Elkana revealed that Nana, whose head was shattered, died on the spot, adding that Ayobami’s brother reported the incident to the police.

Elkana said, “On Saturday, October 26, 2019, around 6.50pm, one Alhaji Garuba Isiaka reported at the police station that on the same date, around 6pm while at Berger, he received a phone call from his younger brother, Alhaji Mohammad Isiaka, that Ayobami Isiaka forcefully seized his one-year-old daughter, Nana, from the mother and hit her on the ground.

“The baby’s head was shattered and she died on the spot. The suspect was almost lynched by a mob if not for the timely intervention of the police. He will be charged with murder.”