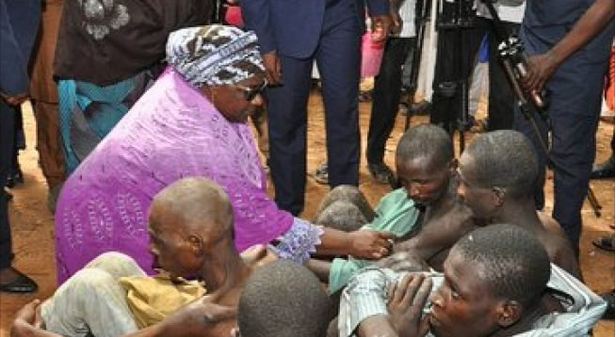 The owner of Niga’s Rehabilitation Centre (Kaduna ‘torture centre’), Lawal Muduru, also known as Malam Niga, has accused northern state governors of not being concerned about the future of the youth in the region.

Naija News reports that the owner of the Kaduna ‘torture centre’ made this comment while with journalists in Kaduna, northern Nigeria.

Malam Niga said the governors in the region do not take the issue of drug abuse among the youth seriously, adding that their attitude is one of the reasons the region is prone to crisis.

Naija News understands that the governor of the state, Nasir el-Rufai, was on the premises when security operatives raided the centre where 147 inmates were rescued.

Some of the rescued persons were found in chains. Among those rescued were 22 females and four foreigners.

Speaking on the development, Muduru, who was released on bail after his arrest, quashed the report that the centre was a torture chamber.

Malam Niga said well-known people in society bring their children to the centre to be rehabilitated.

The owner of the Kaduna ‘torture centre’ maintained some of the inmates were chained to prevent them from going violent owing to their issues with drug abuse and mental illness.

Speaking further, Malam Niga said the state government could not have claimed ignorance of the centre because the “ministry of youths and sport and other government agencies sent mentally unstable people to the centre for rehabilitation”.

“Still, last Saturday, the governor came in a convoy of security men to my centre interrogating me why I was chaining children and I explained to him that all I do is teach the inmates trade,” he said.

“I also explained that in most cases, the inmates usually run into trouble once they are not within the rehabilitation centre’s premises. Some may even lose their lives and the relatives take me to court if I can’t provide their children.

“We all know that drug abuse is prevalent in the north, and in Kano and Jigawa states alone, people consume many bottles of codeine daily.

“What I observed is that in all the 19 northern states in the country, none of the governors takes the issue of drug abuse seriously. The future of the youth is of less concern to them and that has been the reason we have so many restive youths and crises in the north,” he added.