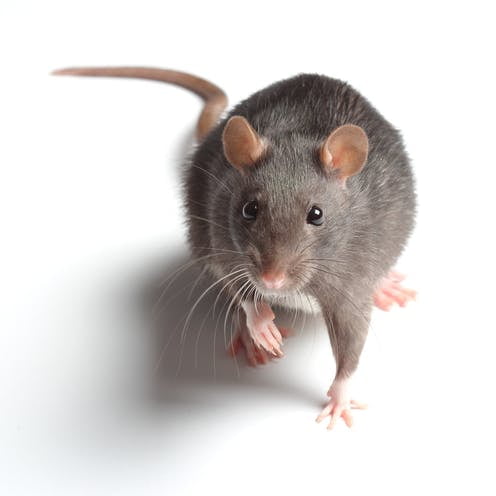 Researchers at the University of Richmond in the US, have taught a group of 17 rats how to drive little plastic cars in exchange for froot loops.

The rats who are taught how to enter a custom “rat-operated vehicle” (ROV) which was constructed from a one-gallon plastic container turned on its side.

The rats were  trained in two groups; one group is raised in an “enriched environment” with toys, ladders, balls and pieces of wood which were designed to spark mental stimulation, while the other group were raised in a standard, unexciting lab cage.

When the rat racers are placed in their car, they would stand on an aluminum plate and press on a copper bar that moves the wheel of the car.

They will hold down on the bar until they propelled their tiny car to the end of their enclosure, where they collected their reward: Froot Loops.

Study lead Dr Kelly Lambert said their findings showed that the rats were more relaxed during the task, adding that this could help with the development of non-pharmaceutical treatments for mental illness

The researchers also gathered that the rats which were raised in “enriched environments” were significantly better drivers than the lab rats.

The researchers further collected the rats’ faeces to check for the stress hormone corticosterone, as well as for dehydroepiandrosterone, an anti-stress hormone.

Their findings showed that all of the rats possessed a higher level of dehydroepiandrosterone, which the scientists believe could be linked to the satisfaction of having learned a new skill.

“There’s no cure for schizophrenia or depression, and we need to catch up,” Dr Lambert said.

“I think we need to look at different animal models and different types of tasks and really respect that behaviour can change our neurochemistry” Dr Lambert told newsmen.