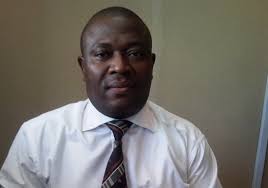 Adegboyega Adenekan, a school supervisor, has been sentenced to 60 years imprisonment for child defilement by an Ikeja domestic violence and sexual offences court.

Adenekan was charged after he was convicted of a lone-count charge of defiling a two-year-and 11-month-old pupil of Chrisland school, VGC by the presiding judge, Sybil Nwaka.

Although, the accused (Adenekan) had pleaded not guilty to the charge levied against him, however, while delivering her verdict, Nwaka described Adenekan, as “wicked, conscienceless and an animal who is not worthy of walking on the streets of Lagos”.

“I hereby sentence Adegboyega Adenekan to 60 years’ imprisonment. This is the sentence of the court,” the judge held.

Nwaka stated that schools should direct their interest to the welfare of their pupils, not just economic gains.

She added that schools should endeavour not to cover up teachers who sexually abuse children, while also calling on parents not be carried away by the beauty of a school.