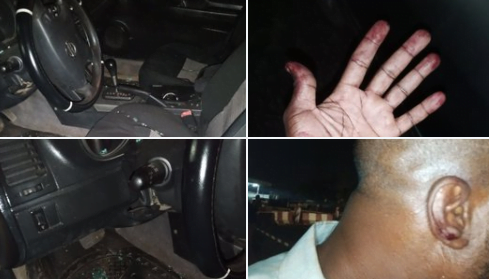 A Nigerian man has been stripped off some of his valuables after he was attacked by some traffic robbers along the Kara bridge in Lagos.

Naija News understands that the middle-aged man who was attacked sustained minor injuries as a result of the attack.

This online news platform learned that the robbery victim was attacked while plying the bridge in his private car.

The robber was reported to have absconded with valuables of his victim, including his phone and tablet.

While speaking on the attack, the victim, who took to his Twitter handle @DoubleUrTrouble to share the report of his attack, urged Nigerians to be careful as the attack becomes the second in the space of one week. 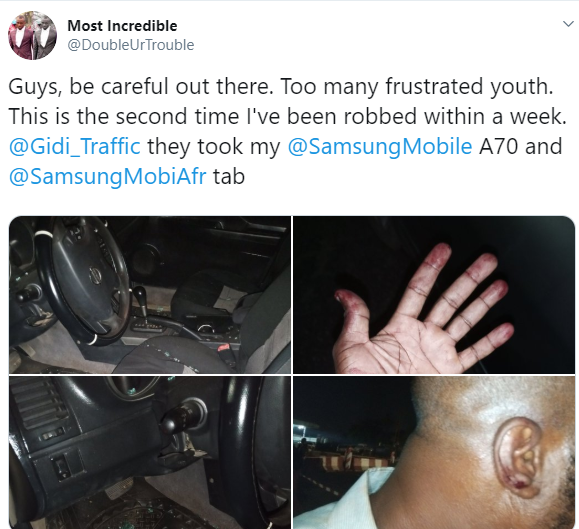