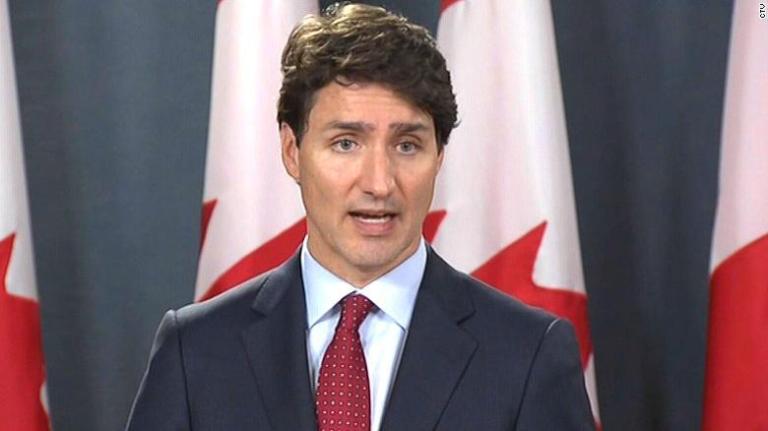 Canadian Prime Minister Justin Trudeau has retained power for a second term in the nation’s general election after his Liberal Party won enough seats to remain the ruling party.

Naija News learnt however that the election saw the 47-year-old leader lose the parliamentary majority with ruling liberal party falling short of the necessary 170 seats needed to hold an outright majority in the 338-seat Parliament.

Trudeau will have to form a governing coalition with the progressive New Democrats, who were on track to win 24 seats.

Speaking after the victory, Trudeau said before a group of cheering supporters at his election headquarters in Montreal that Canadians voted in favor of a progressive agenda and strong action on climate change.

Thank you, Canada, for putting your trust in our team and for having faith in us to move this country in the right direction. Regardless of how you cast your vote, our team will work hard for all Canadians.

Meanwhile, U.S. President Donald Trump, who has clashed with Trudeau over trade issues as well as climate change, congratulated the prime minister on Twitter for his “wonderful and hard-fought victory.

Congratulations to @JustinTrudeau on a wonderful and hard-fought victory. Canada is well served. I look forward to working with you toward the betterment of both of our countries! Trump said.