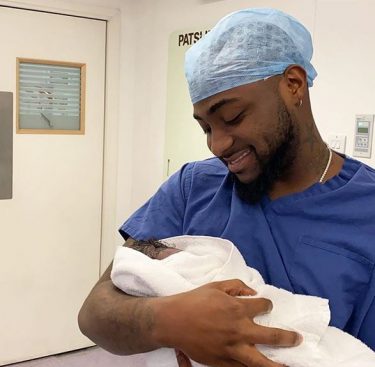 A very happy father took to his social media in the early hours of Sunday to share a lovely photo in which he had his newborn junior OBO wrapped in his embrace.

The pop star also revealed the name of the child as David Adedeji Adeleke Jr. The news was much awaited after a cryptic response he posted hours earlier, stating he was in the “delivery room.”

Naija News recalls that Davido formally proposed to Chioma in September at a dinner held in a London restaurant. The engagement came 10 days after the couple’s family had an introduction ceremony in Rowland’s family home in Lagos.