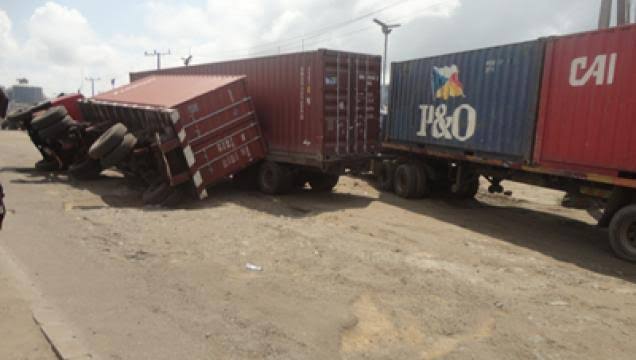 Naija News reports that the incident occurred in the early hours of Monday, October 21.

Although the cause of the incident cannot be categorically traced,  the two persons were reported to have been injured when the contained landed on the ground.

While confirming the incident, the Police spokesperson, Haruna Mohammed while reacting noted that no fatality was recorded.

In his words, he said, “However a woman who was passing by sustained injury and was taken to the hospital but now responding to treatment.

“Scene was cordoned off by Police patrol teams and effort is ongoing to clear obstruction to enable free flow of traffic in the area.”

This comes less than one week that tragedy followed the other in the region.

Recall that after the Onitsha tanker explosion reported by Naija News where a mother and her baby were burnt to death, similar incidents were also recorded in the region, including fire attack that occurred in a beer parlour in the region. The fire outbreak was also reported to have claimed some lives.