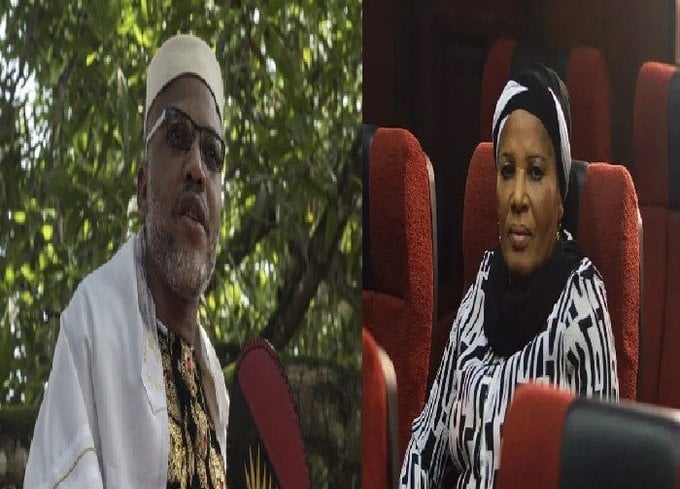 Ugoeze Sally Nnenne Okwu-Kanu, the mother of the leader of the outlawed Indigenous People of Biafra (IPOB), Nnamdi Kanu, is dead.

Kanu said his late mother saw IPOB as her family and did everything that she could to ensure that the struggle for the Republic of Biafra is what it is today.

The IPOB leader lamented that the events of the “14th of September 2017” (the invasion of his hometown by the Nigerian military), contributed “immensely to her ill-health which unfortunately the doctors were not able to do anything about.”

Describing the late Ugoeze as “caring and compassionate,” Kanu said his mother “watching and seeing how children” were killed – “twenty-eight (28) of them in total” during the clash with the military and “having to see their dead bodies, traumatized her to the extent that she took ill of which she never recovered.”

His words: “Fellow Biafrans, lovers of freedom all over the world. I bring you the particularly sad news on this very day about the passing of my mother, Ugoeze Sally Nnenne Okwu-Kanu who died on the 30th of August this year in Germany.

“Anybody who met my mother or had the unique privilege of making her acquaintance will testify to her generosity but above all, her devotion and love for Biafra. Not just for Biafra as a project but for all those who are within it. She saw IPOB as her family and did everything that she could to ensure that this very struggle is what it is today.

“And as we all know the events of the 14th of September 2017 contributed immensely to her ill-health which unfortunately the doctors were not able to do anything about.

“A mother as caring and compassionate as she is, watching and seeing how children being killed – twenty-eight (28) of them in total – and having to see their dead bodies traumatized her to the extent that she took ill of which she never recovered.

“We are grateful for your prayers and on behalf of the entire Kanu family and IPOB worldwide, we are particularly grateful for all your good wishes and your prayers. We ask you to continue to pray for us as we also continue to pursue this noble effort to restore Biafra. Because that is the only way my mother could be honoured. That is the only way that she would want her memory to be honoured.

“We thank each and every person, every group, every association, that have made gestures towards us and have recognized that there are needs for us to work together at this very difficult period to ensure that Biafra is restored. We commend all your efforts.

“And for Biafrans all over the world, this very effort to restore Biafra continues. It is not going to stop. As I said, my mother died on the 30th of August, way before my trip to the EU. Way before my visit to the UN in Geneva, way before my visit and travel to Japan. But we have continued to move on and shall continue to move.

“And we pray for the safe repose of her soul in the bosom of “Chukwu-Okike puru ime ihe nine” (Almighty God that can do all things), who we know will keep her and from there she will watch over Biafra. And in our time Biafra shall come.

“Thank you very much and God bless!”

Watch Nnamdi Kanu’s announcement of the death of his mother…