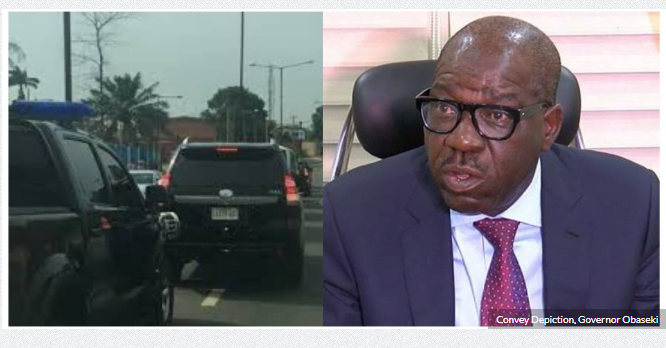 Naija News understands that the accident occurred in the afternoon hours of Saturday, October 19, along the Benin-Auchi Expressway.

The victims of the auto crash include five adults and two children, while several other persons including a driver in the governor’s convoy were also injured.

This online news platform gathered that the advance team of Governor Obaseki were said to be on their way to Ambrose Ali University (AAU), where the governor is expected to attend the convocation ceremony of the university located at Ekpoma.

The accident occurred at Ehorin Uhunmwode Local Government Area of the state when a Toyota Hilux van on the governor’s advance team was said to have rammed into a passenger Audi car causing a head-on collision.

Three of those injured in the accident have since been rushed to the Central Hospital in Benin City where they are currently responding to treatment.

The State Commissioner of Police, Danmallam Mohammed, confirming the incident, described it as “very unfortunate.”