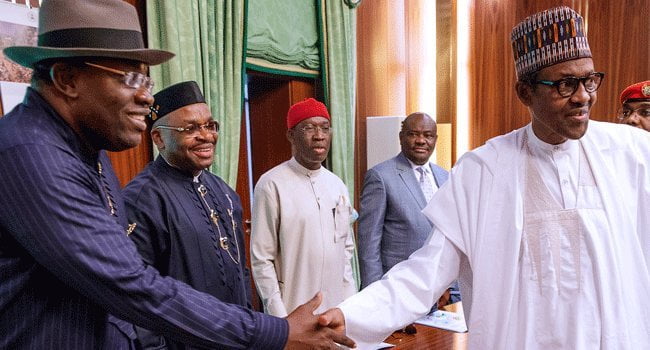 President Muhammadu Buhari has asked for a forensic investigation into the activities of the Niger Delta Development Commission (NDDC) from 2001 to 2019.

Naija News understands that Buhari made the calls with regards to the massive funds pumped into the commission since the inception of the commission with nothing or little improvement in the Niger Delta region.

The President also admitted that developing the Niger Delta area required enormous resources compared to other parts of the country with firmer lands.

Unlike the president’s holistic probe, however, the Senate said it is interested in only some areas of expenditure of the NDDC.

The chairman of the Senate, Matthew Urhoghide, made this known during the planned budget defence of the commission on Thursday.

His comment came after members of the committee were told that the Acting Managing Director of the commission, Enyia Akwagaga, was unable to attend the meeting.

The Director of Special Duties Office of the managing director, Nosakhare Agbongiasede, conveyed the message.

Mr Agbongiasede had read a letter from the Acting MD stating the reason for her absence.