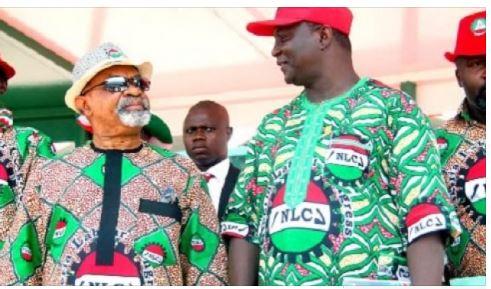 The Minister of Labour and Employment, Chris Ngige, says Nigeria’s economy will grind to a halt like that of Venezuela if the Federal Government meets the demand of Labour in the new minimum wage regime.

Naija News reports that the Labour and Employment Minister made this comment on Tuesday, a day the Federal Government and Labour representatives resumed negotiations of the full implementation of the new minimum wage.

Although workers on Grade Levels 1 to 6 have started receiving the N30,000 minimum wage by the Federal Government, there is disagreement with Labour unions over the percentage of increment for senior workers.

The Labour and Employment minister revealed that about 1.4 million workers in federal public service would take 33 percent of government budget in 2020, should Labour’s demand be accepted.

Ngige, a former governor of Anambra State, southeast Nigeria, explained that the government would have no money to build roads, airports, rails, health centres and schools if it should spend 33 percent of the 2020 budget to pay salaries and wages.

“The government cannot shut down the economy because it wants to pay workers’ wages,” he said.

Meanwhile, Naija News had reported earlier that both the government and Labour shifted grounds in their positions on the implementation of the new wage after talks on Tuesday.

The negotiations for the full implementation of the new minimum wage will continue today, Wednesday, October 16 in Abuja, Nigeria’s capital.