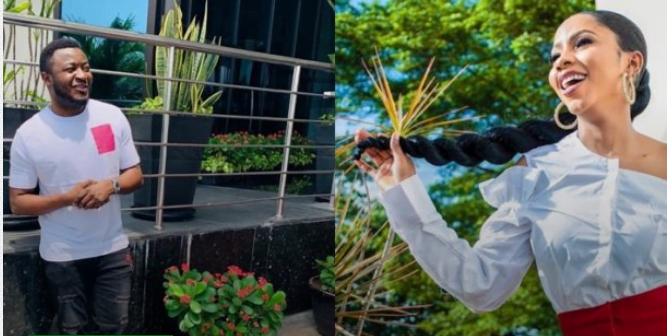 Naija News understands that MC Galaxy unfollowed the winner of the 2019 reality show after she (Mercy) announced via her Instagram handle that she was engaging a new management.

Upon the announcement of the involvement of a new management, MC Galaxy quickly unfollowed Mercy on Instagram; an action that had since continued to trail reactions among fans.

Recall that Mercy had earlier revealed that MC Galaxy is the one in charge of her social media accounts and was her manager during her time in Big Brother’s house.

The curvy video vixen made this known during her diary session with Biggie, and MC Galaxy also did a good job in campaigning for her and rallying round for her.

However, the announcement made n Mercy’s Instagram handle, publishing the details of her new management has sparked rumours as some claim that MC Galaxy and Mercy might be sorting out a yet-to-be-disclosed problem.