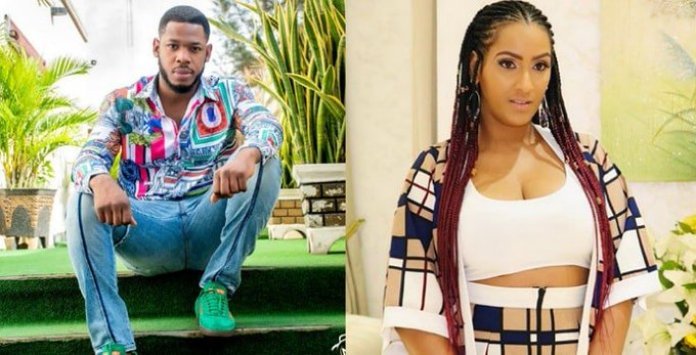 Big Brother Naija (BBNaija) star, Frodd and Nollywood actress Juliet Ibrahim have set the online space agog when a set of pictures revealing the both of them kissing surfaced.

Naija News understands that the pictures that had since been making trends online, left several online users with the speculation that the duo is already into something.

The picture surfaced online at a time that Frodd announced his intention to join the movie industry.

She was reported to have disclosed this after watching footage of the young man washing the underwear of Esther, his love interest.

In videos she posted on her Insta Story months back, the 33-year-old Ibrahim disclosed that she wants her own Frodd in a joking manner.