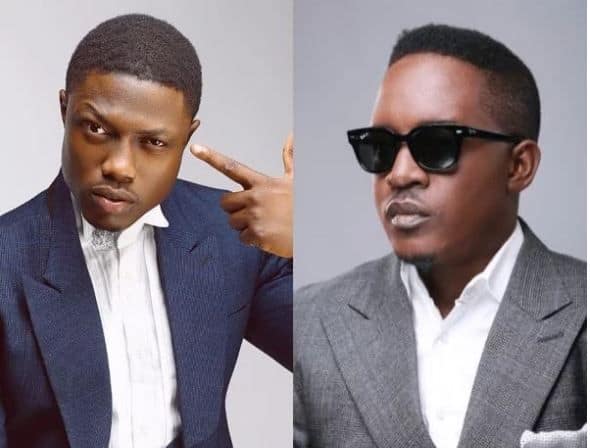 Recall that this is not the first time the two are engaging in a rap battle. Just last week MI had released a single titled “The Viper (Vector Diss)’ in which he blasted Vector, asking him to bow down to his authority.

Meanwhile, Nigerians have taken to Twitter to react to the latest development between the two.

Vector: But my dad is dead.

Ambode Preparing his Diss Track for Vector after getting Dragged by VEC #JudasTheRatpic.twitter.com/CcNNtwTqkB

What if Jesse jags diss Mi and chocolate city in his reply to vector ? https://t.co/4puZhp6gzN

Who won the battle?
Rt for MI, like for Vector #JudasTheRat pic.twitter.com/CIOCHoSLIJ

It took Vector 7days to reply, no wonder the track is week >>>>#JudasTheRat

I just pray the beef between MI and Vector doesn’t escalate, that vector guy be like who get hot temper ..
You people should better beg him before he lands MI a black eye .

M.I stans want Vector to come and start shouting “Koni dafun e and iya baba e” on a track before they see the magnitude of the bars.

MI turned in2 a pastor overnight, preachin d gospel
VEC continued from where his sermon ended

MI fans: vector was shalayeing, mi got into his head??

'Ur dumb fans are dumb sha"

MI and Vector are out here using Bible verses to diss. MI with Psalms 1.

Vector replied with Ecc. 10.8: “… whoever breaks into a wall may be bitten by a snake.” #JudasTheRat

Ladies and gentlemen, these men are no longer operating in this realm, they’ve gone spiritual! ??

You people are missing one huge bomb Vector threw at M.I

M.I called Vector his son
Vector replied "we all know my father is dead"

All you will hear in Vector’s reply is JORO #JudasTheRat

Have you guys noticed Vector has not been tweeting to defend himself? I know my GOAT.

I’ll explain to you.
First off he said he is recording in his girls BQ, you don’t need me to tell you that’s false, right?
Secondly, he claimed Vector full of Jealousy, he shot himself in the leg there because he confirmed it himself that he has always wanted the Hennessy…

Someone said Vector has identity crisis because he misrepresented himself with a cobra instead of a viper.

What is all this? ? pic.twitter.com/AtCJDt9suo

The Viper is actually a song that could be nominated for best rap song of the year. No cap. He didn't rap. He made music. Vector's #ThepastorsSon was just a basic track. No spark. He didn't even switch up the flow. It's not catchy at all.