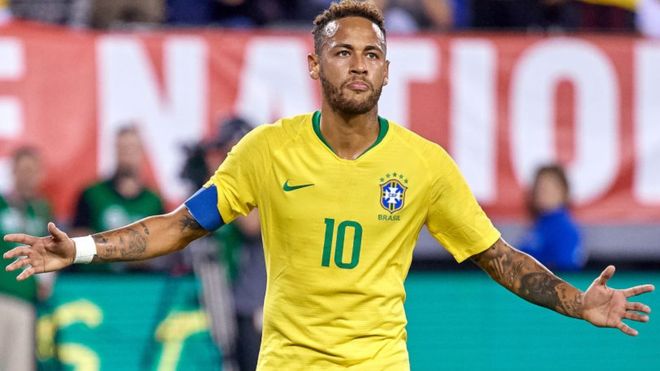 Brazil lost 1-1 on Friday in a friendly against Senegal in Singapore.

In the match, Neymar made his 100th appearance for Brazil, since the start of his career, Bebeto handed Neymar a 100-year-old Brazil shirt.

Bebeto has played 75 times for the Brazil national team and went on to win the 1994 World Cup in the United States.

Neymar has scored 61 goals in his 100 appearances for Brazil, the third most goalscorers in the team, behind Ronaldo and Pele.