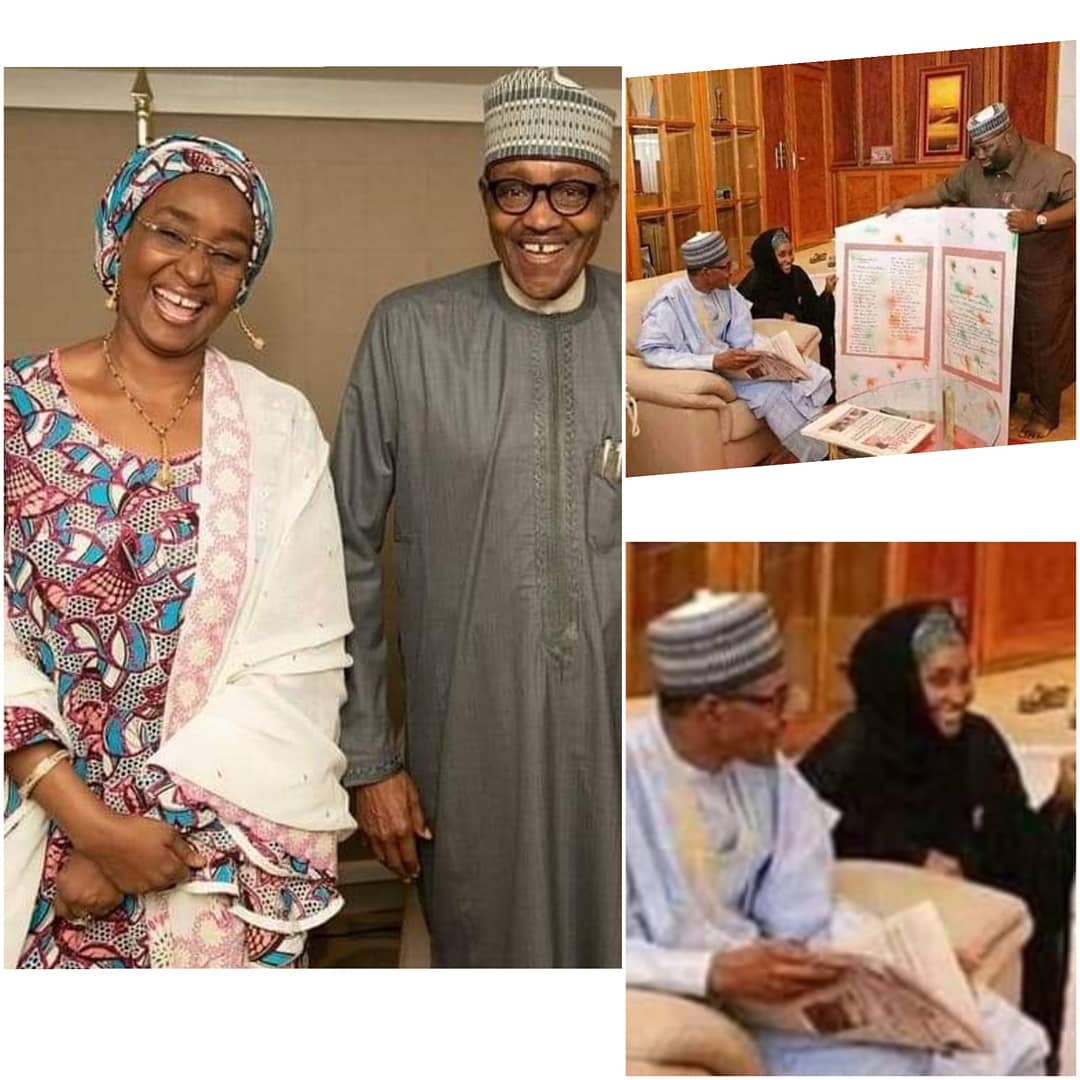 Since yesterday, there have been unconfirmed rumours that President Muhammadu Buhari is making plans to bring a new woman into his matrimonial home as a wife.

The woman, alleged to be the current Minister of Humanitarian Affairs, Sadia Umar Farouq is said to be wedding the Nigerian President today at the Aso Rock Villa.

Nigerians have taken to Twitter to react to this development.

Meanwhile, Naija News has done a background check on who Sadia Umar Farouq is, and brings you information on where she started from, her early life, education and political history.

Sadiya Umar Farouq is the current Minister of humanitarian affairs, disaster management and social development and has once served as Federal Commissioner of National Commission for Refugees, Migrants and Internally Displaced Persons.

Sadiya Umar Farouq is from Zurmi Local Government of Zamfara Stat, she got her secondary school education from the Federal Government Girls’ College Gusau, Zamfara State and subsequently, her Tertiary education from Ahmadu Bello University Zaria, Kaduna State graduating with a Bsc. in Business Administration (Actuarial Science) in 1998,

She proceeded to bag a Master’s degree in International Affairs and Diplomacy in 2008 and another Masters in Business Administration (MBA) in 2011 from Ahmadu Bello University Zaria, Kaduna State.

In 2001, She worked as Operations Manager at Pinnacle Travels and Tours Ltd (a Nigerian travel agency), before she left to work for the National Assembly Service Commission as an Administrative Officer II in 2003.

She rose to the Position of Principal Administrative Officer before leaving the commission in 2010 to pursue her political ambitions.

She was later appointed as Member, All Progressives Congress Presidential Campaign Council in which she served in the directorates of election planning and monitoring, field operations, and fundraising, in preparation for the 2015 general elections which the APC won.

In 2016, Sadiya got an appointment at the National Commission for Refugees, Migrants and Internally Displaced Persons (NCFRMI) as the Honourable Federal Commissioner.

On assuming office, she developed a Strategic Roadmap of Action aimed at repositioning the Commission as the lead government agency responsible for coordination, protection and assistance of Persons of Concern (PoC).