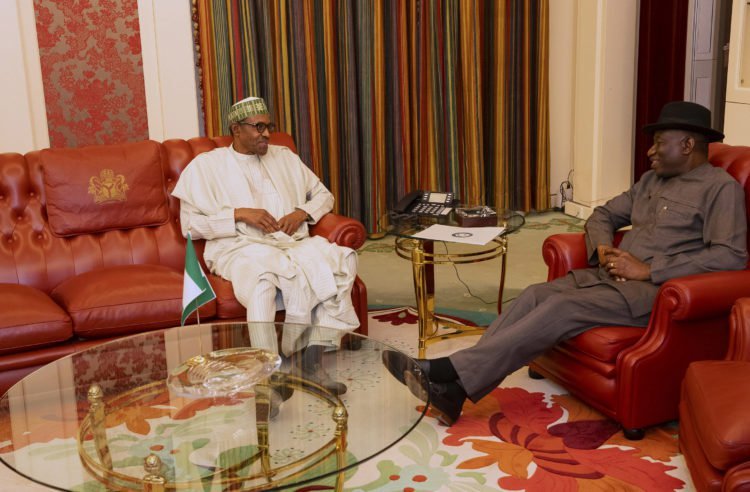 President Muhammadu Buhari is currently in a closed-door meeting with the immediate past President of the country, Goodluck Jonathan in Aso Rock, Nigeria’s Presidential Villa.

Naija News reports that Jonathan, who conceded defeat to Buhari in the 2015 Presidential election, arrived at the forecourt of the State House around 2.58 pm.

During Buhari’s first term known as the “Change administration,” Jonathan visited the Presidential Villa about twice for private visits.

Before the Independent National Electoral Commission (INEC) led by the then Chairman, Attahiru Jega, announced the winner of the 2015 Presidential election, Jonathan called and congratulated Buhari.

The former President, who was an incumbent President during the 2015 elections, had strongly declared that his ambition of winning the election was not worth spilling of the blood of any Nigerian.

Meanwhile, Jonathan’s meeting with President Buhari was still in progress at the Presidential Villa at press time.