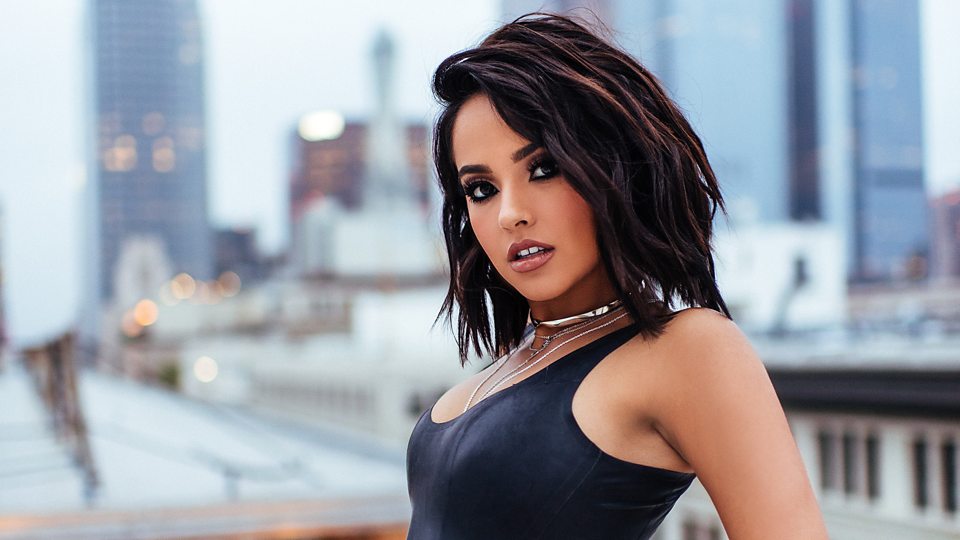 The singer-songwriter and actress have been given hosting duties for the annual awards ceremony, which will be held at the FIBES Conference & Exhibition Centre of Seville, Spain on Sunday, November 3.

She said: “I can’t wait to arrive in Seville to host the year’s hottest global music celebration. See you soon, Beasters!”

Becky has also been nominated at this year’s ceremony, going up against Ariana Grande, Camila Cabello, Halsey, the Jonas Brothers and Shawn Mendes for the Best Pop gong.

Bruce Gillmer, global head of music and talent at Viacom and co-brand head at MTV International, added: “Becky G is an exceptional multifaceted talent who’s no stranger to the global stage. We can’t wait to see her light up the MTV EMA stage in Seville!”

Becky G may just be 22-years-old but she has already secured some serious accolades to her name including two number one hits on the Billboard Latin Airplay Charts, with ‘Mayores’ and ‘Sin Pijama’, a role in the ‘Power Rangers’ movie as well as a guest slot in ‘Empire’.

Becky is also the recipient of two 2018 Latin American Music Awards – one for Favourite Female Artist and another for Favourite Urban Song for ‘Mayores’. She has also been given YouTube’s Diamond Play Button for surpassing 10 million followers on the video-sharing platform.

Becky G has a whole host of famous faces in her corner and has toured alongside Katy Perry, Demi Lovato, J Balvin, Fifth Harmony and Jason Derulo as well as recording collaborations with Pitbull, Daddy Yankee, Maluma, ZAYN, Bad Bunny and CNCO.

The MTV EMAs take place in Spain on November 3, with voting now open at mtvema.com until November 2.