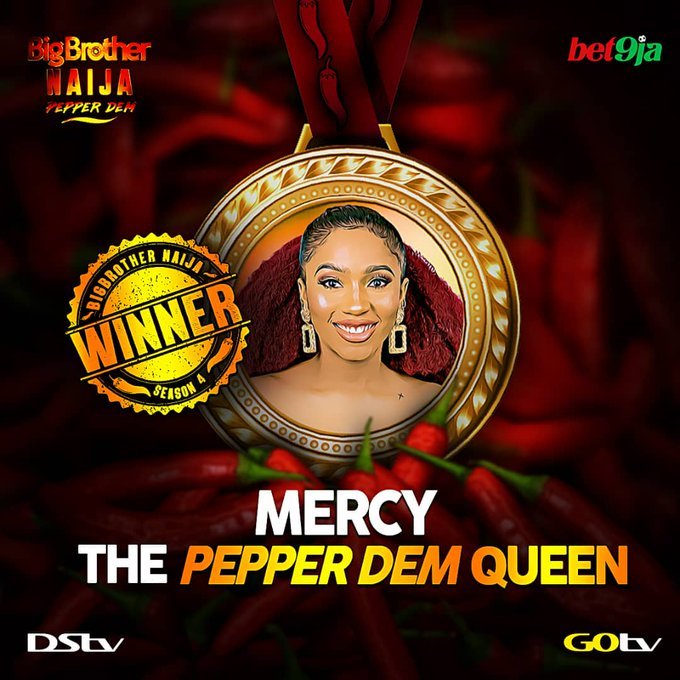 The just declared winner of the Big Brother Naija 2019 reality TV show, Mercy has sent her appreciation to fans and followers after emerging tops at the ‘pepper dem edition.’

As earlier reported by Naija News, Mercy defeated 25 other housemates to emerge winner on Sunday.

Recall also that the last housemates standing on the last day of the show were Seyi, Mike, Mercy, Frodd and Omatshola.

Mercy won with 41.77% of the votes from fans to emerge the first female to have won the show since it’s inception.

Lambo has a message for all the people that stanned the queen!#BBNaija#BBNaijaFinale