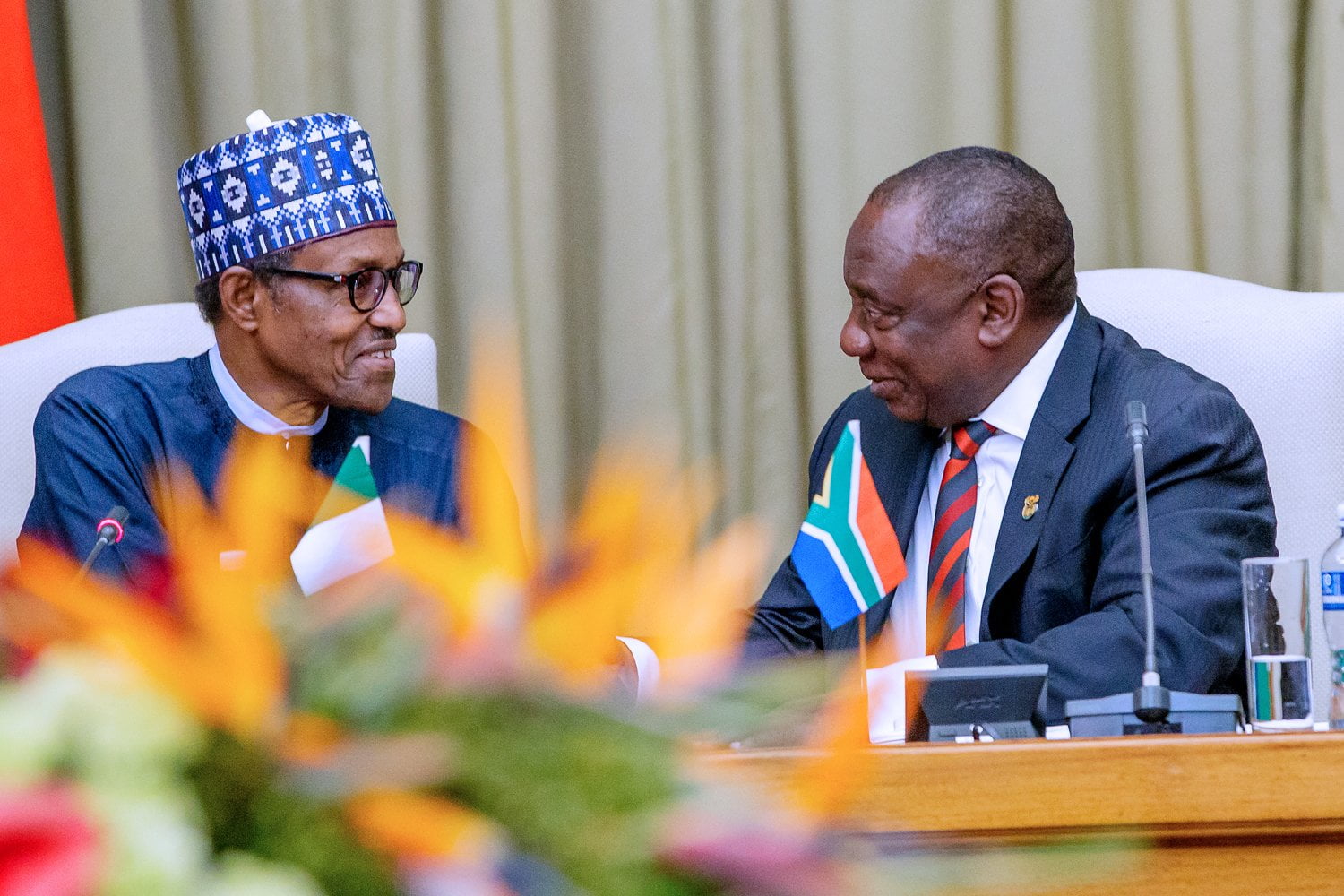 South African government have agreed to give 10-year visas to  Nigerian businessmen, academics and frequent travelers to both countries.

Naija News Understands that the agreement was reached in a meeting co-chaired by President Muhammadu Buhari and President Cyril Ramaphosa of South Africa, and was the first time both presidents will preside since the Bi-National Commission was elevated.

According to the two governments, The decision was taken to encourage more people-to-people contacts among citizens of both countries and further strengthen socio-cultural, economic and political relations.

Here are the pictures at the agreement

President Muhammadu Buhari meeting with Nigerians living in South Africa earlier today. How do you see this, Ayo? https://t.co/MFhuTcuXxb pic.twitter.com/cNHoH9JhzN